This and other information can be found in the video below:

Pornography only tells half the story. It only tells the story of the excitement and pleasure. It doesn’t tell the story of the shame that comes afterwards; it doesn’t tell the story of the broken relationships, of the constant obsession, of the tyranny of being a slave to your feelings. Just think about it for a minute. If you’re staying up for hours at night when you have to get up for work the next morning, you are not in control of what you are doing. It has control of you. You have become a slave. Only a person with a very low sense of their own worth will think they deserve that.

First and foremost this is an issue of human dignity. Men and women are made for relationship with each other. In its purest setting, the relationship between a man and a woman is one of mutual giving. It is a satisfaction of the God-given desire for relational intimacy that exists within every human heart. To say that any sexual activity outside of this context is unhealthy though will get you vilified in today’s Western culture. And to say it is a moral issue will get you called a wowser and prudish. While we are not to be the moral police of the universe, it is definitely incumbent on those who know the truth, to get it out to the general public.

The problem with our fallen humanity is that we are easily deceived by powerful feelings. Consensual sex at a non-committal level has the feeling of intimacy; the person you are with is offering the most intimate parts of themselves to you, but the intimacy is at best only physical, and so we always feel dissatisfied afterwards. If you don’t feel dissatisfied, then you’re out of touch with your feelings. Having said that though, there is another form of connection that takes place. Allan Meyer says that our sexuality is the holiest manifestation of our being in the image of God. Sex is actually a manifestation of God’s divine nature. So, as Paul says in 1 Corinthians 6, every time we bond with someone sexually, we leave part of ourselves with that person. 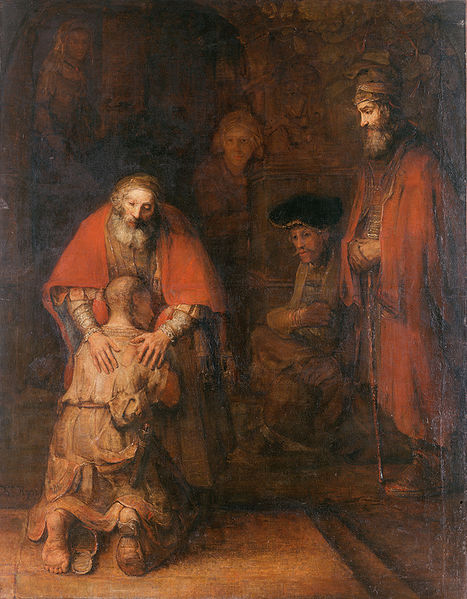 Whether you have sex with someone you are having an affair with or a sex worker, the issue is the same. It is always artificial. It has been said that every man who walks into a brothel walks in there looking for God. The thousands of men who visit brothels every week in my home city of Melbourne are looking for more than a good time. They are looking for love, intimacy, affection and acceptance. But it never satisfies. I heard John Smith say once that it’s like a thirsty man walking to the seashore and lapping up the water to try to quench his thirst. It will never work because there will never be enough. What he is drinking will never quench his thirst.

It’s interesting that when Jesus had his conversation with the woman at the well, the way he pointed out her real need was by offering her water which would really quench the thirst she had deep within her heart, a thirst she had been desperately trying to satisfy by going through man after man.

John’s Gospel is wonderful for the way it speaks directly to the deep need in the human heart for connection. I have mentioned before, but it’s worth mentioning again, what Richard Rohr has said about the human yearning for purpose: the human soul can live without success but it cannot live without meaning.

Humans are wired for relationship with each other and ultimately with our Creator. Augustine is credited as saying that we have been made for God and we are restless until we find our home in God. Others have talked about the God-shaped hole we all have. The fact that we have this void in our hearts is solid evidence that we are made for more than the physical reality we see around us. Seeing is not really believing. When people suggest there is no evidence for God, it is because we are looking in the wrong places. We need only look within. And when we see that we cannot make it on our own, it is then that we can reach out to the generous hand of God, the God who always stoops down to help you get up again. As Donny Pauling explained it, when your little child was learning to walk and kept falling over, you didn’t scold him after the third time, tell him that walking wasn’t for him and that he should stay down there on the floor. So why do we think God is like that?

When we succumb to the temptations of life, God constantly reaches down like the loving Parent He/She is. Too many people have had parents who didn’t stoop down to help them up again. God is not like that. We just need to believe it. This is a God who embodies relationship. We can never get this relationship through a screen or even through the body of a man or woman who we barely know. That is just a fact of life. God has made us for so much more than that.

When the Pharisees brought to Jesus the woman caught in adultery, his first words to her were words of affirmation – “neither do I condemn you.” But we often either leave out his next words or take them in a subtly judgmental tone. His command to go and sin no more was not a word of condescending judgment to a wicked woman. He was not saying “You’re forgiven, but…” Instead he spoke words of encouragement that God had so much more for her. He was saying to her, “you know you don’t want this type of life. There is so much better out there for you. Come follow me and together we’ll discover it.” That is a real man. That is real love.

May we know our real home – not in the depths of a depressing and shaming culture of unreality, but in the heart of a loving God who says to us the same as he said to the forgiven woman so long ago: “neither do I condemn you.” That is the relationship we are really looking for. That is the life that is truly life.