A culture of fear

Recently I posted on the fact that in the West we live in a culture of addiction, where we continue on a pathway that is destructive, despite overwhelming evidence of its negative consequences. In this post I want to explore another part of Western culture, one that has been tragically highlighted by the recent shooting in Aurora, Colorado.

The US (and Australia to a lesser extent) has long lived in a culture of fear, in which the response to tragedy has been to respond with fear-based actions. 9/11 was a classic example of this. Within weeks of the terrorist attacks on the US, military strikes commenced in Afghanistan, which was followed by a dubiously argued war in Iraq. Back home, the response was the Patriot Act which restricted the liberties of ordinary Americans while proclaiming the idea that they were intended for the security of the nation. 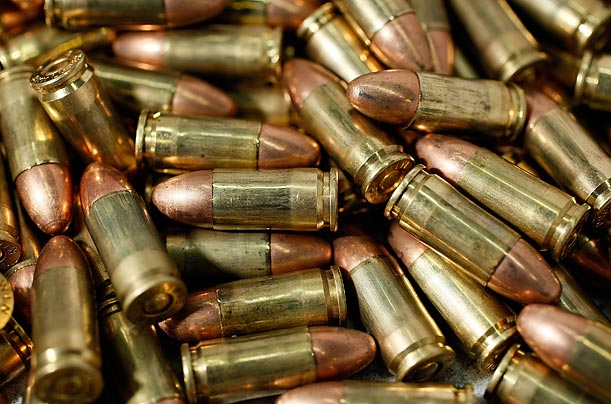 A similar response has been seen in the actions of Americans to the Colorado shootings. The emotional response to tragedy reflects where a culture is at, and the fact that gun sales in the US have skyrocketed since Aurora is alarming to say the least. You would think that people would want less guns to be available when yet another shooting takes place, so to arm yourself to the teeth is a reaction that is purely based on fear. Make sure you kill them before they kill you. Check out some of these quotes from a Time magazine article on the shooting:

In a response to fear that lawmakers might push through an anti-gun agenda following the shooting: “We shouldn’t let one sick individual make us forget and lose sight of freedoms in this country,”

Since the massacre, there have been reports of chaos at movie theaters, apparently sparked by misunderstandings or careless words.

Such responses are understandable in the light of such a senseless and random crime. I wonder how I would respond, especially if I lost loved ones in an event like this. But the surge in gun sales is another reflection of the gun culture in the US, and the ease with which people can obtain such destructive weapons. Former Prime Minister John Howard, who initiated a radical change in gun laws in Australia following the Port Arthur shootings in 1996, last week wrote a brilliant article on the gun culture in the US compared with what has happened in Australia since Port Arthur.

Personally I was never so happy about a political event as I was the night Howard lost the 2007 election, but his decisive and rational action on guns after Port Arthur was one for which he cannot get enough credit. In the light of this, his analysis of the Colorado shootings was sensible and level-headed. He did not take political sides, but critiqued both Obama and Republican presidential nominee Mitt Romney on their responses to the shootings. Howard’s words were as follows:

“The responses of President Barack Obama and Mitt Romney, his presumed Republican opponent, were as predictable as they were disappointing. While expressing sorrow at such a loss of life, both quickly said that they supported the Second Amendment to the US constitution: long regarded as providing an extensive right for Americans to bear arms.”

Talking about the extreme response of fear of the American public to the shootings, Howard goes on to say,

“So deeply embedded is the gun culture of the US, that millions of law-abiding, Americans truly believe that it is safer to own a gun, based on the chilling logic that because there are so many guns in circulation, one’s own weapon is needed for self-protection.”

I agree with John Howard that his actions since Port Arthur, which resulted in the banning of the sale, importation and possession of all automatic and semi-automatic rifles and shotguns, have made Australia a safer place to live. 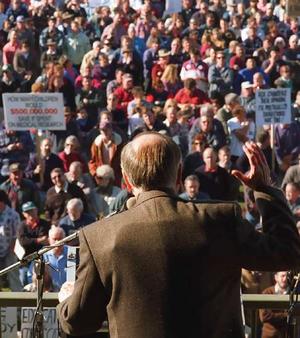 Such actions as the Howard Government took have helped to step the collapse of trust in our part of the Western world. The fear that shootings like Aurora provoke – understandable as they are – reflect nothing less than the breakdown of a culture. The worst thing that can happen to a marriage relationship is a breakdown in trust where one or both parties have been unfaithful. Take that to a larger scale, and it is not unreasonable to make the same analogy for society as a whole. When we walk around not knowing if the person walking towards us is brandishing a gun or not, society breaks down. Obama and Romney showed a lack of courage in their responses to the Aurora shootings. If I can be so bold as to offer my opinion on a cultural matter affecting a country many miles away from my own, it is up to the political leaders in the United States to show the courage that John Howard did in 1996 and severely restrict the sale of weapons that kill.

Life is ultimately about relationship, and for relationships to work there has to be mutual trust. For healing to occur in America, its leaders need to show leadership. I wonder if Obama or Romney will have the courage to defy the pro-gun culture and put in place laws to protect the citizens of their land? I have posted previously that, from my observations of America when I have visited there, that the ideals of freedom of enterprise, private ownership of property and individual opportunity are the unshakable bottom lines of that nation. And so any threat to these ideals is perceived as a socialist attack and an attack on freedom.

It is ironic that such a focus by Americans on freedom has produced such limitations of freedom. Before Obamacare, the health system was out of reach of millions of citizens, and still today there is fear of a major terrorist attack on its shores, and their level of poverty is higher than most Western countries. Regarding Obamacare, may people outside of the US found it just staggering that an initiative that will provide basic healthcare to millions of people who had previously been denied such access was so aggressively opposed by so many others in the US. I admire a country that takes freedom seriously, but it is much less admirable to proclaim freedom and not practise it in so many ways.

What America needs as well as good, sensible gun policy, is prayer. If ever there was a time when the words of Jesus were relevant for our present age, it is now. Loving our neighbour as ourselves is the basis of trust, acceptance and justice in a society as wounded as America is right now. Perfect love does indeed cast out all fear. We are people wired for relationship. Anything that denies that also denies the truth of who we are as people of infinite dignity made in the image of God.

Let the final words be left to someone who has written and sung much about the state of American culture. John Mellencamp’s song, Another Sunny Day 12/25 is a prophetic song of lament and hope for a future in which we are truly free. Listen, reflect and pray.