“There’s a void in my heart that I can’t seem to fill. I do charity work when I believe in a cause, but my soul it bothers me still.
– John Mellencamp, Void in My Heart

In the heart of every human being is a God-shaped hole. A saying that has been mostly attributed to Augustine is that humanity was made to worship God, and we are restless until we do. 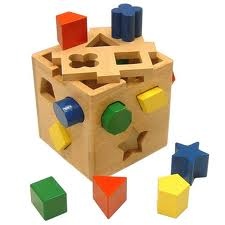 If we are able to grasp this truth, we will see more clearly that everything we do in life is done in search of meaning. Despite the decline of faith in Australia and the media coverage of the ‘New Atheism’ over the years, the search for meaning never goes away, even if it might be drowned out by our lifestyle of endless consumption.

I don’t believe it is any coincidence that as our culture moves more and more away from a sense of the truly spiritual, that we are seeing addictions get out of control. As Brene Brown says, we are the most addicted culture in history. The addictive act itself is a desperate attempt to lose control, to lose oneself in the ecstasy of feeling and experience. When we no longer have a sense of connection to something outside of ourselves, we instead look to more intense feelings to feel connected. Mark Sayers makes the point that a culture like ours that focuses on feeling good is more prone to addictions.

But it is like continually trying to force a square peg into a round hole. It will never work, but the addict will continue to try to force it, becoming ever more desperate and pushing ever more boundaries until they either see the insanity of their ways, end up arrested for doing something they thought they would never do, or most tragically, take their own life.

If you’re thinking that this doesn’t apply to you, think again. The fact is that the above applies in some way to anyone, whether we think of ourselves as addicts or not. And what’s more, I agree with author Gerald May’s assertion that we are all addicts in some way. We are addicted to a life run on self. And Richard Rohr says we are all addicted to certain patterns of thinking.

The most godly among us struggle daily with this terrible human affliction. While the apostle Paul may not have been referring specifically to this in Romans 7, what he says in that well-known passage is true of the human condition. Gerald May says this in his wonderful book, Addiction and Grace. The human condition is one in which we are all powerless over our own selfishness. History is not a good advertisement for the old adage that ‘I am the master of my fate, the captain of my soul.’

We are truly restless creatures, and we will not find rest until we find our true selves in Something bigger than ourselves. This is why 12 Step programs are so successful. Literally thousands of addicts all over the world have had their lives restored from utter hopelessness through the miracle of the 12 Steps. They have come to realise in their hearts that their own way of living hasn’t worked and that finding their life in a loving God does. As Richard Rohr says, the simple fact is that unless we come to acknowledge that our ways of living is not working, we will not change. This is why the cry of the psalmist, “show me if there is any offensive way in me”, is the cry that every human heart must make if we are to live out our God-given potential.

By definition, to live out our God-given potential is to become more Christ-like. This will involve not conforming any longer to the pattern of this world (Romans 12:1). One of the things I love about the Gospel is how directly relevant it is to our 21st century Western culture. In a society where we are told we never have enough, addiction thrives, because addiction is being convinced that we never have enough; it is not being able to be content with what we have. Jesus’ penetrating words, “what will it profit someone if they gain the whole world but lose their very self” speak directly to the tragic determination of the addict to continue to find life in things that will never work.

Every day of our lives we are bombarded with the idea that we don’t have enough. Research says that we are daily barraged with hundreds or even thousands of advertisements. The sole aim of the ads that are burned into our brains is to create the belief in us that our lives are never fulfilled. Our whole economic system is built on it; it is built on the propagation of the idea that products can fill the incessant void that aches within us. To any outside observer it is an insane idea, but we believe it. It is so seductive that it entraps anyone, even those who have devoted their lives to destroying it. Mark Sayers points out the irony of the 9/11 hijackers who spent their final days bingeing on doughnuts and pornography, the very lifestyle indulgences that they were committed to erasing.

John Mellencamp’s honest observation of himself in the lyrics quoted above are quite rare in our half-asleep culture. Most people go through life not finding time to be still and wonder if it’s all worth it. My experience of the process of Christian conversion is that it is akin to an awakening. We currently see through a glass darkly; at the renewal of all things we will see fully. And in the meantime, as we grow into Christ-likeness, we begin to see more clearly; we begin to develop what Walter Brueggemann calls a prophetic imagination.

The problem that Brueggemann points out for our culture though is that we are so satiated, so comfortable, so entertained, that we are blinded to the reality of where our culture is going. It is why Brian McLaren refers to this way of living as the suicide machine. We are like a semi-trailer hurtling out of control down a steep road about to drive over a cliff. But we are too busy sitting in the trailer having a good time to notice.

Jesus came to bring good news and peace and goodwill for all. What will it take for our society – and for much of the church – to slam the brakes on before we plunge over the cliff? The good news about having a prophetic imagination is not only that it is able to critique the prevailing culture, but that it offers a solution that satisfies more than that which the prevailing culture can provide.

The task of the church in the 21st century West is to not only show how life in Chist can scratch the itch that we sometimes feel, but – as John Smith has said – to expose the lies of our culture that we are blind to, so we feel an increasing itch in the first place.

A song we sometimes sing at the church I used to go to talks about being a prophet of hope. We are not the moral police of the universe; we are people born of hope, the hope, based on historical events, that the dream of God is open to all. This is a dream that fills the void in every human heart, that satisfies the soul. It brings us out of ourselves, frees us from our slavery to the seductive culture that tells us we never have enough.

The truth is we have much more than enough, we are more than conquerors through him who loved us (Romans 8:37). Rather than be told that we are forever deprived and that the next great product will fill the void within, let’s open our hearts to the truth that we all know deep down. This is the truth that we are forever restless until we find our home in the God who became a humble human being simply because it is in his very nature to share all of his extravagant love with us his creatures.