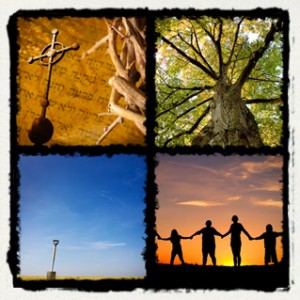 St Paul also warns against the ego, that part of our nature that wants to be first, that wants to be better than, that wants the glory. He then goes on to talk about a more excellent way, the way of love, in that most famous of passages, 1 Corinthians 13. The early church was like this. They used their gifts for the building up of the new Christian community. The story of this is told in Acts where we read how the new movement shared their possessions and appointed deacons.

As far as recognising each others’ gifts goes, Rikk Watts makes the point that people should be chosen for service in the church because of their gifts, not because of their gender or status or anything else that is not biblical. We are to be a counter-cultural community. We are not to be hierarchical or to live by the values of the world system around us.

Is your gift your idol? Leslie Phillips sang a song in the late 1980s called The Turning in which she talked about the turning from admiration to obsession. She was apparently talking about how we see people we look up to. However the same applies to the gifts we have been given by God. If we use them for ourselves we have crossed the line from it being an offering back to God to it being an idol. And the one thing idols do to us is that they destroy us. As someone once said, we became that which we worship.