God is a materialist – 2 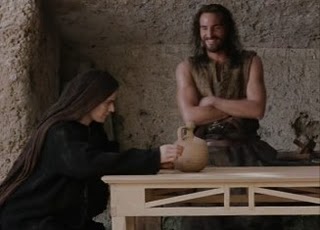 This is the second in a 3-part series on how many – if not most – Christians have a deficient view of heaven and of what our eternal destiny is.

The fact is that God loves the material world. Matter matters to God. After all, God made it and said over and over that it was good. And if God says it is good then who are we to deny its goodness by living our lives as if it’s not that good?

The overarching theme throughout the whole of the Bible is that God is in the business of making all things new. When Jesus says this, what part of ‘all’ aren’t we getting? This earth, the whole created order, will one day be made new. Everything we see and touch and feel today will one day be renewed, including our bodies. It is in this sense (and this sense only!) that God is a materialist.

God loves the physical, and says it is no less valuable than the spiritual. In fact, God doesn’t even separate the spiritual from the physical like we do. That idea is more of a Western construct than a biblical one. We can be assured that the works we do now in our efforts of justice and poverty alleviation are not in vain. We are not fighting for a better world which will one day be destroyed while we escape off to heaven and leave it all here to rot, as too many Christians still believe.

We are also not fighting a losing battle, where the wicked and the corrupt always win. One day the tables will be turned; the first will be last and the last will be first. There will be a day when there will be no more tears and no more pain, because those things will all be of the past. That is the great hope we have, and the great news is that we get to be a part of it right now.

We have the privilege of following Jesus into the places of poverty and injustice, into the places where the oppressed, the downtrodden, the troubled, and the addicted, are offered healing. It is a revolution of love that overthrows the current world order. The Canadian singer Bruce Cockburn calls it kicking at the darkness ‘til it bleeds daylight. I love that analogy.

If you remember back to the first Gulf War in 1991, President Bush senior talked about creating a ‘new world order.’ Thankfully it never came off, for it was to be an order based on military might where the rich and powerful dominate the weak and vulnerable. How different to the new world order that Jesus inaugurated. To the might and power of a military imposition, we hear the quiet words of the Scriptures: ‘not by might, not by power, but by my Spirit, says the Lord.’ The kingdom that Jesus spoke about and lived is a new world order that has already begun and will one day be completed when God finishes the job. It will be an order where all will experience justice, not just a privileged few. The privilege we have though is that we get to participate with God in renewing the world.

That is why everything you do in this life matters. Every act of kindness, every act of care you partake in every day, matters. It matters not just to the people who receive your kindness, but it matters to God and it has eternal significance. It will be a part of what we see when this new order is finally completed by God.

Tomorrow we will finish this series by looking at the difference between a worldview that says that everything in existence has inherent worth and one that ultimately leaves nothing to hope for.