God is a materialist – 1 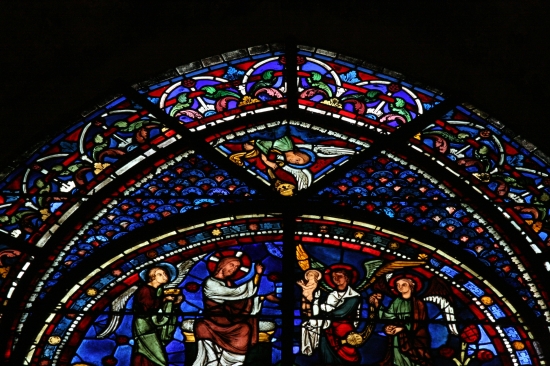 This is the first in a 3-part series on how many – if not most – Christians have a deficient view of heaven and of what our eternal destiny is. Is God a materialist?

The statement, ‘God is a materialist’ can be taken a couple of ways. One is that it is an oxymoron, because materialism is seen as the idea that there is nothing in existence beyond the material, so to talk of God, a non-material being, doesn’t make sense. It’s like talking about a square circle. The other way this statement can be seen is in the sense of a prosperity doctrine where God will bless you materially when you follow Him.

It probably does not need any explaining to say that neither of the above descriptions of this statement is what I am referring to when I say that God is a materialist (at least I hope I don’t have to explain that!).

So what am I saying?

Let me ask you a question. Do you believe you’re going to spend eternity up in heaven with God? I recently asked that question in a talk I gave on this topic, and almost half the audience put their hands up. Let’s get this straight right from the start. Despite what we hear in many of our churches and despite what we sing in many of our church songs, our final destiny is not up in heaven with God. It’s actually much better than that. Let me explain.

Most of us have either grown up with or are still told in our churches that the spiritual is more important, and has greater value than, the physical or material world. Linked with this, many of us have had ingrained into us that our ultimate destiny is to go to heaven when we die to spend eternity with Jesus. Such an idea has seen Christian faith become irrelevant for many, especially in a culture which is as comfortable for most people as Australia is. When you have it ingrained into you that it is ultimately about being saved and going to heaven, then your faith hasn’t got anything meaningful to say to issues of poverty, justice, politics and economics.

With the Church preaching such a message for so many years, it is no surprise that we see Australian Census results over the last 25 years showing that less and less Australians are identifying as Christian. On top of that, more people are mocking the religion they’ve been exposed to. Did you know that the number of people identifying as ‘Jedi’ has increased to 65,000 in 2011? Or that the number of people calling themselves ‘pastaferian’ – worshippers of pasta, has also increased?

If you do a search on Google Images of ‘heaven’ the vast majority of images you will see are those of stairs going up into the sky, and people on clouds. When Christians have a belief that that is our final destiny, it becomes natural that we then focus our energies on saving souls – getting people into heaven, and by implication, avoiding the other place. Such a belief not only short-changes the Gospel; if it is true, then we can be so bold as to say that God hasn’t done his job. What we find though is that Jesus and the rest of the New Testament actually have very little to say about going to heaven when you die.

Tomorrow we will look at what the Bible says and what it doesn’t say about heaven.