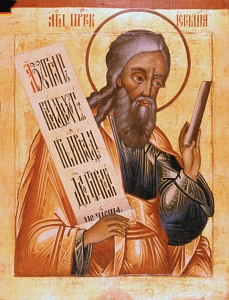 Sojourners today has a great article from Jim Wallis on biblical politics. The comment that stood out to me was,

“If you work with and for the poor, you inevitably run into injustice. In other words, poverty isn’t caused by accident. There are unjust systems and structures that create and perpetuate poverty and human suffering. And service alone is never enough; working to change both the attitudes and institutional arrangements that cause poverty is required.”

I remember a story a former colleague told once about when his small group watched the movie Bruce Almighty in which the main character gets to play God for a day. The small group discussed what they would do if they had the opportunity to be God for a day, and the main response was that they would redistribute all the wealth in the world so that everyone had the same. But then came the comment that the next day things would be unequal again because of systems that are in place that perpetuate inequality. Thus the need for justice and changing structures, and not just for ‘giving’.

The area which Jim Wallis’ article doesn’t touch on though is that even changing structures does not go far enough, because structures that are run by unredeemed people will corrupt again sooner or later. The sins of the past will be passed on to the current generation and beyond unless a radical change of heart occurs. When someone affirmed a pastor of mine once by saying they would vote for him to be Prime Minister, he replied that the job is too small. Politics cannot bring in the kingdom of God. Only the Holy Spirit working through the faithful people of God can do that.

That is not to say of course that politics is useless. Far from it. Christians have a responsibility to be politically engaged in the way that Jim Wallis describes in the article. The world needs people who stand in the prophetic tradition of the Amos’s, Isaiahs and Jeremiahs. But it also needs those same people to be filled with the Holy Spirit to proclaim the kingdom come, that there is a God of love and justice who is changing things, who is spreading rumours of hope (as those same prophets did proclaim). As C.S. Lewis puts it in the Narnia stories, Aslan is on the move. The yeast is working through the dough; the Spirit is moving in ways mysterious and some not so mysterious. Thank God for his grace that we are being changed and have been invited to be a part of it.