Are the commands of Jesus only for Christians? 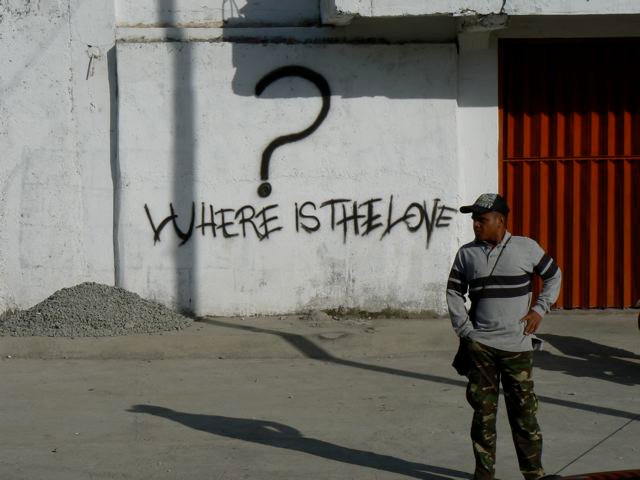 The recent speech by our former Prime Minister, Tony Abbott, in honour of the late Margaret Thatcher in London, has certainly stirred the pot in terms of what it means to love our neigbour.

In the speech, Abbott spoke about asylum seekers making their way into Europe, and compared the situation to his former Government’s attempt to stop asylum seekers from reaching Australia by boat. In invoking the command of Jesus to love your neighbour, Abbott made the point that, while it is a wholesome ethic, it is currently leading Europe into “catastrophic error”.

The speech predictably gave rise to much heated debate about the treatment of asylum seekers and, in particular, whether or not Abbott was actually trying to say that Jesus was misguided in saying that loving your neighbour is the best way to live life. It has also raised the question once again of whether or not Jesus’ command is meant only for Christians.

The issue of whether or not Jesus’ teachings can be translated into the field of government policy and international relations has long been one that has been hotly debated. At the same time though, the ethic of loving your neighbour has been tried countless times throughout history and been found highly successful in bringing humanity together.

Martin Luther King and Gandhi come to mind when thinking of love of neighbour in a national setting. Both of these great leaders demonstrated the power of non-violent struggle against powers that were oppressing them and keeping them “in their place”. It was not for them to argue whether or not loving your neighbour is expressly meant for Christians only.

To invoke the commands of Jesus in a secular nation like Australia can give the false impression that followers of Jesus want to institute a Christian nation. Firstly, this is far from true, and secondly, the few Christians that do want to go down this route have never actually achieved what they are after. Does that mean that Jesus’ command to love our neighbours cannot be expected to be followed by the government of a secular nation? Maybe so. But, on the other hand, does the majority of the population really believe that loving our neighbours is a bad thing?

Of course the idea of loving our neighbour is not as simple as it might appear on the surface when placed in the complexity of political decisions and policy-making. But if we really believe that love is the way to live life, then we will have the audacity to believe that it can even apply to political realities such as the plight of people seeking asylum in distant lands.

Certainly, I don’t think Jesus ever intended for his commands to be limited to people who didn’t claim to be Christian. That much is clear when reading the gospels. To illustrate, let’s look at the context in which he gave these commands, particularly the ones that speak of love of neighbour.

Matthew’s gospel is where we first see Jesus saying that the greatest command is to love God and neighbour (22:34-40). Notice though who he is talking to. He gives the command in response to a test from the Pharisees, people who were always out to test him and who were not his followers.

Similarly, when Jesus tells the story of the Good Samaritan in Luke 10:25-37, (who is my neighbour? Go and do likewise), he tells it in response to a lawyer who was testing him. Again, someone who was not a follower of Jesus. And the whole point of this parable is that it was a Samaritan, a bitter enemy of those who considered themselves God’s people, who did what Jesus commended, and who Jesus told the lawyer to go and emulate.

God has made humanity in God’s image. Life works best when we live out of love, when we give ourselves away for others. Sure, if we claim to be Christian, we can be expected to live out what Jesus said were the greatest commands, the ones in which the whole Law and the Prophets are summed up. And we cannot expect people who don’t claim to be Christian to live by that. But that is not the point of what Jesus wants for humanity.

God desires that all people be brought into a saving, healing relationship with Jesus and with each other. We have been created by God as relational creatures, in the image of the relational Creator. Living well, living life abundantly, means loving our neighbour and desiring God’s rule to come on Earth as it is in heaven. That is the case whether we claim to be Christian or not.

To ask whether or not Jesus’ commands are only for Christians misses the purpose of those very commands. When Jesus told people who were not his followers to love their neighbour, he said it because he wanted to give them the life he was offering.

God is a God of life, and that life, in all its abundance, is offered freely to all, whether you are Christian, Atheist, Hindu or Jedi. Deep in the human heart is the instinct that tells us that to love is the ultimate good of us all, the end to which we aspire. And it is only love that can heal the scars of a world in desperate need of this most powerful, personal force in the universe.