Richard Rohr has said that until we see that our way of living is just not working, we will not change. And when we do finally come to our senses and realise the train-wreck we have caused, we will then realise that it was our best thinking that got us into this mess. That is the soil then for true repentance, for falling to our knees and realising that there is only one answer, and that is to come to the One who gladly bears our sins for us, the One who bids us come to him, we who are burdened and heavy-laden. For he will then give us rest from our destructive ways and will guide us in the way of the life that is truly life.

This is why the Prodigal Son gave the response that he did. He wiled away his life, his father’s inheritance, on destructive living. But when he came to his right mind he didn’t just decide to get back on track and continue on his journey out there. Something in him realised what he had had previously, what he had been missing. He returned to his roots. His was a response of gratitude. He realised all that his father had taken on, all the pain and anguish he had taken on.

Jesus is like this for us. He took all that sin on himself. When I think of all the despair in my life that I have experienced through destructive living, the pain of hurt relationships, the emotional turmoil it has caused inside me, the pain of potentially throwing away what I held dear, I have despaired. And when I think of the fact that Jesus has willingly taken all that on himself; and not just that, but the sin of every person who has ever lived, people who have done much worse than I will hopefully ever do, then I can’t imagine the pain of his suffering. I can’t imagine the agony he has gone through, and the agony that he still goes through. All I can do is again, fall on my knees and say “thank you.” Revelation 7 talks about the fact that in the new heavens and the new earth we will be singing to God with countless others. Many people would think ‘how boring’, but I reckon we will not be able to do anything but sing to our God like that, such will be our gratitude of what he has done for us, of how much he has loved us and rescued us.

2 Corinthians 5:21 says that Jesus became sin for us that we might be called the righteousness of God. How can I be anything else but thankful for this; how can I do anything else but want to live for him, to worship him with my life. When I think of this I can relate to the U2 song Magnificent, where Bono sings,

“I was born to sing for you,

I didn’t have a choice but to lift you up,

and sing whatever song you wanted me to.

I give you back my voice.

From the womb my first cry, it was a joyful noise”

Jesus’ death on the cross was the greatest act of love in history. Crucifixion was possibly the most brutal form of execution that anyone has invented. It was designed to make death slow and agonising. That is why I think Paul says “even death on a cross” in his letter to the Philippians, to describe the horror and utter humiliation of Jesus’ death. Research suggests that people who were crucified experienced a rupturing of the heart. Therefore it could reasonably be said that Jesus literally died of a heart broken over the sins of the world.

But as horrible as crucifixion was, it was not this that caused Jesus the most agony. His greatest pain was taking on the sins of everyone who has ever lived. The human mind cannot comprehend such a thing, and we in the West with our materialistic mindsets cannot come to terms with such spiritual agony. But if we go back again to think of the pain that our wrongdoing has caused ourselves and others; the utter despair that I described above, and then multiply that by billions, we immediately realise that such agony cannot be understood by the finite human mind. All I can do is shake my head and say to God that I am so thankful. No other response merits the reality of what Jesus went through. 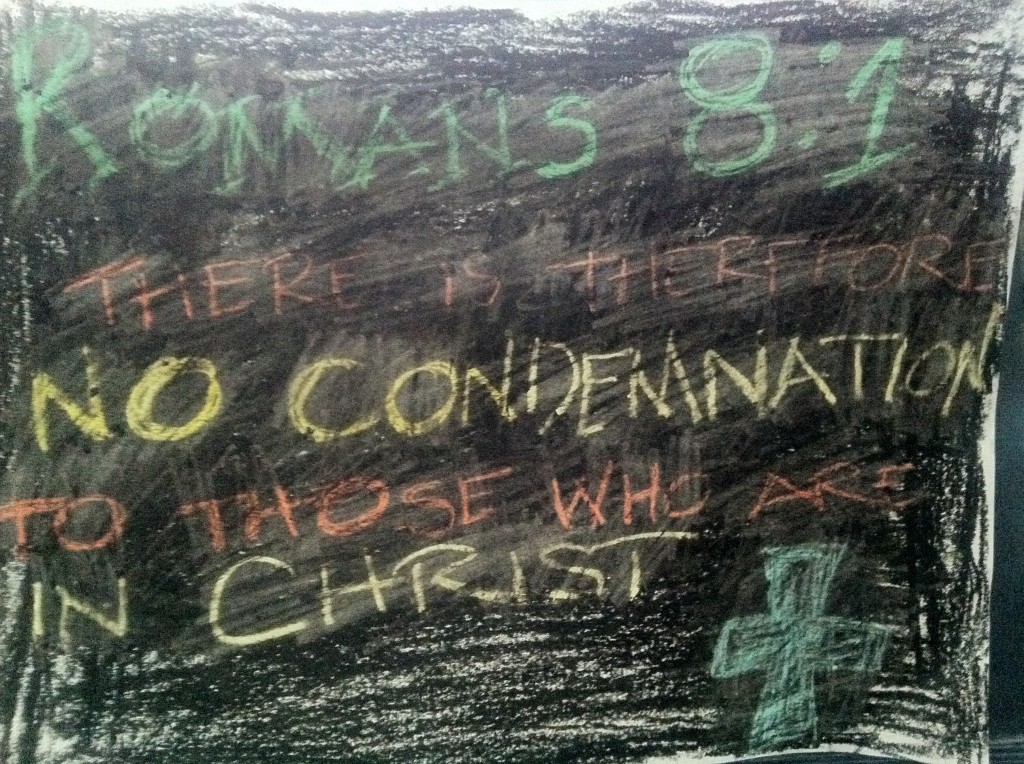 It is also significant that Jesus still goes through this agony when we sin in our lives today. In Acts 9 he tells Saul on the Damascus Road that Saul is persecuting him, and in Revelation 1-3 he expresses his pain over the churches in the area. If we are serious about our following of Jesus, how can we talk lightly of sin ever again? We would surely not want to grieve Jesus all over again, or grieve the Holy Spirit as Paul says in Ephesians 4.

Many Christian counselors are guilty of undermining the gravity of sin. I can understand such an approach from counselors, who are often trying to deal with the lack of a sense of self-worth in their counselees. Harping on their sinfulness is just seen to increase the sense of shame and despair for someone who is plagued by shame in the first place. This is where the goal of much Christian counseling is off the mark. It is often designed to make the person feel better rather than draw them to Christ out of whom flows real joy and happiness. They are actually doing the counselee a disservice by such an unbiblical approach. And worse, they are dishonouring the God they say they are serving.

Having said this, it is true of course that people need to know that they are deeply loved and not condemned. Everyone needs to have the truth of Romans 8:1 sink deeply into the very core of who they are. So counseling that does this is to be commended. But in doing so, let us not throw out the baby with the bathwater. Let’s not undermine the horror of sin in our lives. Exposing sin is not to condemn someone, but to draw them to Christ by showing them how great and unfathomable is the sacrifice that God has made in sending his Son to die for us on the cross. To know that God himself has willingly gone through such agony for us, and for everyone who has ever lived, has forgiven us our sin as much as the east is from the west, can only draw forth a response of unending gratitude to God, and the desire to live a life that reflects such gratitude.

It cannot be overemphasised that to expose our sinfulness as a means of drawing us to Christ is not to show us how shameful we are and that we had better get our act together. It is to show that God has acted decisively to deal with our sin and allow us back into relationship with Him. This is a God who aches for relationship, who literally stops at nothing to woo us back, to give us the life He longs for us to have, the life that is the most deeply satisfying. The goal of such a life is not to be happy. As Martin Luther King said, the end of life is not to be happy but to do the will of God. It is the latter that will give us the joy that God longs so desperately to give us.

One final point. There are many who call the death of Jesus for our sins cosmic child abuse. What kind of father, they say, would sacrifice their only son? Such an attitude, while a reasonable question and not one to be ridiculed, is borne out of misinformation. What God has done is not cosmic child abuse; it is the greatest sacrifice that anyone could ever make. Greater love has no one, than to lay down their life for their friends. The point is that it was God himself on that cross. Consider Colossians 1: in Jesus the fullness of God was pleased to dwell. This is the God who dies, the crucified God, as Juergen Moltmann so rightly describes Him.

The pain that God goes through in reconciling us to Him is most profoundly expressed in the movie Most, a Czech short movie about the undying love between a father and his young son. Without giving too much away, Most is a story that shows that real love is sacrificial, it involves pain, and it leads to life.

In the words of those famous hymns of old, ‘when I think of God his Son not sparing, who bled and died, I scarce can take it in.’ ‘All that I can do is thank Him.’ Nothing I can do can ever make me deserving of God’s infinite love and grace. Such love I cannot comprehend. I can just shake my head in absolute wonder and say thank You.