The state of the Church 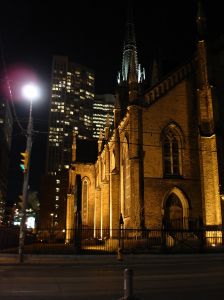 During the week I came across an interview that Rowland Croucher gave to Australian Missionary News about the main issues facing the Church as a whole at the moment. What he said makes interesting reading. Some of his thoughts were as follows:

Interestingly, Rowland says homosexuality is by far the number one theological issue. I wonder if that would have been the case 20 years ago. Back then the issue of social justice was pretty high up there. I remember going to seminars which had topics questioning such things as whether or not the issue of human rights is a diversion from the Gospel. Fortunately many Christians today have moved on from that.

Rowland explained that the main issue for the church in the West and for mainline churches was ‘losing customers’. In 2003 Barna Research revealed that more committed Christians were not attending church on most Sundays than those who were. This was the first time in history this had been the case. Seven years later I would say it is more so.

Rowland also singled out the Pentecostal church, saying the following:

“Several Pentecostal denominations are growing but it is not uniform…Pentecostals expect a high degree of personal and spiritual commitment and young adults are attracted to that. But there is a lot of moving around in the Pentecostal scene (between Pentecostal churches and in and out of their churches). But they are growing and its mainly for those two reasons, the worship and the commitment required.”

That’s an interesting observation too, and quite encouraging. I would have thought that commitment is one of the things that Gen Y in particular shy away from. John Smith has said that one of the catch-phrases you often hear from Gen Y is ‘keeping our options open’. If commitment is something that is expected then that is good to hear. I remember someone saying to me about 20 years ago that the best way to keep young people in the church is not to entertain them but to get them involved in service for others – the type of commitment that will touch them much more deeply than any entertainment ever will.

“In the West, one of the key reasons is that people watch on average 20 hours of television a week. Compared to what they see on television, church is frankly, boring. Pastors have to compete with telegenic personalities and unless a Pastor can preach with charisma and is worth listening to, with a style like they see on television that is both interesting and answers questions people are asking, Pastor’s will battle.”

This is too true. When it’s all about entertainment rather than hard thinking (that’s generalising I know), then ordinary churches struggle to keep up. It is also reflected in the Facebook phenomenon. I have seen a couple of articles recently which have described research showing that social networking platforms like Facebook and Twitter are actually changing the way our brains are wired, to the extent that many people now find it difficult to sit down and read a book.

The insights from this interview are hugely relevant for the mission of the church. What does it say for your church and its mission in the 21st century?

Check out more details from this interview at http://jmm.aaa.net.au/articles/25404.htm