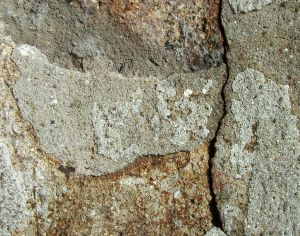 Recently, Sight Magazine asked me to post a response to a reader’s question about how the Fall cracked the tectonic plates that caused the Haiti earthquake. Myself and Mick Pope were asked to provide a 200 word response. Such a brief response was quite a task for such a major question, and a couple of days ago I mentioned that I would be putting up a more detailed response. Well here it is. I started off by suggesting that the question is based on a wrong premise, that is, why must we assume that it was the Fall that cracked the tectonic plates?

I recently came across a book called Creation Untamed by Terence Fretheim which puts forward a convincing argument about how we can reconcile natural disasters with a loving God. The book starts by suggesting what Genesis really says about the creation.

The automatic assumption by the vast majority of Christians is that the world was perfect before the Fall, and that when the earth is renewed at the end of all things, creation will be restored to its pre-Fall state. However Genesis does not say that at all. It says that God created the world ‘good’; nowhere does it say that the world was created perfect (and what is ‘perfect’ anyway?). Even when God made humans He said we were made ‘very good’ but again we were not made perfect. For instance, God told Adam to name the animals and to subdue the earth. The fact the earth needed subduing suggests that it was not made perfect. As well as this, after the Fall, God said to Eve that her labour pains would increase, not begin; the implication being that the birth process was already a painful one.

If we take it that natural disasters occurred as a result of the Fall, then we are faced with only two possibilities that I know of to explain why God would allow these to happen:

1. The earth really is only about 10,000 years old. This would correlate with the idea of the Fall being the cause of all natural disasters. With this idea you could also say that the Fall had cosmic consequences which would explain events such as meteors crashing into the earth.

The problem with this proposition though is that the idea of a young earth flies in the face of the opinions of the vast majority of the world’s best scientists. I am totally committed to the authority of the Bible, but I am convinced that it is not meant to be used as a scientific text book. There is overwhelming evidence that evolution over many hundreds of millions of years is the process by which life developed on earth. When we are presented with such evidence, it is our interpretation of the Bible which must adapt. Please understand that I am not questioning the authority of the Bible; what I am questioning is our interpretation of it.

2. God is not loving. If we accept that the earth is indeed about 4 billion years old and that humans came onto the scene relatively recently in comparison, then we have to deal with the problem of natural disasters happening before humans appeared. It is widely accepted for instance that the dinosaurs were wiped out as a result of a giant meteor crashing into the earth. If this is indeed what happened, then, as an atheist colleague said once, what did the dinosaurs ever do wrong that God would destroy them? You could say that God destroyed them as part of the whole plan of preparing the world for humans. Maybe, but we are still faced with the problem of explaining why natural disasters occurred before the Fall.

The inevitable question that arises from all this then is that of why an all-powerful, good and loving God would create the earth without it being perfect. The answer as I see it goes to the very heart of who God is. What if God wanted us to participate with him in the creation? God is a relational God and his greatest desire is to be in relationship with us his creatures. This approach makes a whole lot of sense and explains some of the difficulties faced when dealing with issues like natural disasters.

I wonder if our struggle to reconcile the fact of natural disasters with our belief in a loving God is misplaced. I wonder if our penchant for believing that the universe must have been made perfect in terms of everything being in proper order comes not from a proper belief about God but from a post-Enlightenment idea that is based on a scientific and mechanistic view of the world. Biologist Darrel Falk, in his book, Coming to Peace with Science, suggests that God is more of a creative artist with a passion for relationship than a designer or some sort of engineer.

The main passage in the Bible that is used to explain the consequences of the Fall is Romans 8. This is the passage in which Paul speaks of the creation groaning as in the pains of childbirth.

Having read it a number of times, I don’t see anything in Romans 8 which explains that the creation’s groaning is a result of the Fall. Rather, this passage sees Paul alluding to the anticipation of the new creation. The creation is eagerly awaiting being set free from its bondage to decay into the glorious freedom of God’s children (Rom 8:19-21).

As well as this, Jesus’ resurrection is the forerunner to the new creation to come. Therefore everything we do now matters. Our acts of care, for both people and the rest of creation, will have their place in the new creation at the end of all things. This is what Paul is talking about in Romans 8, not the consequences of the Fall.

Having said that natural disasters are not a consequence of the Fall, I do believe that our human sinfulness nevertheless can contribute to such disasters in a significant way. With the effects of climate change, we can even say that, as the IPCC has declared, there is a 90% likelihood that our human activities are contributing to some of what are still called ‘natural’ disasters. I would now call many events such as extreme floods and bushfires both natural and man-made disasters, due to the detrimental effects our pumping of greenhouse gases into the atmosphere is having on the earth’s climate.

Our human sinfulness, brought about by the Fall, also contributes greatly to the effects of natural disasters. I would presume that we would generally only call such an event a disaster if there were human casualties. For instance, if there was a major earthquake in a region of the world where there was no human habitation, then there is less likelihood we would call it a disaster. In fact, if we take earthquakes as an example, many scientists argue convincingly that plate tectonics are essential for the continuation of life on earth, and that life would probably not have originated without plate tectonics. This is a far cry from them being a result of the Fall, and shows that they don’t necessarily have to lead to a disaster.

Regarding Haiti, which was a major disaster as a result of an earthquake, a link could be made between the huge death toll there and the fact of human sinfulness in that it is often the poor who are forced to live in such vulnerable places. If you think of the vast majority of natural disasters that happen, it is overwhelmingly people in poor regions of the world who are the victims. For example, the Christchurch earthquake was just as powerful as that in Haiti but no one died in Christchurch, probably in part because they had better infrastructure. The only natural disasters I can think of in recent memory which inflicted heavy loss of human life in affluent areas were Hurricane Katrina and the Black Saturday bushfires in Victoria. And you could say that the majority of victims of Katrina were low income African-Americans.

The issue of God and natural disasters is a difficult one for those of us who believe in the loving God of Jesus. I don’t claim to have answered it here, and some readers will probably find flaws in the arguments I have put forward. Part of the life of faith is accepting that ultimately there is mystery. But two things we can say. One is that, as C.S. Lewis once said, when we face God on that final day, one of the things we will say is “oh, now I understand”. The other is that, as N.T. Wright has said in response to the question of why God doesn’t seem to intervene, He already has in the resurrection of Jesus. Through Jesus’ bodily resurrection we have the hope that one day there will be no more disasters that cause untold suffering for millions of people. We have the hope that there is coming a day when there will be no more tears and no more pain (Rev 21:4). Until then we can respond with the compassion of Christ when such events happen, following Him into the place of pain to bring healing and the hope of a new tomorrow where all is well and we will thank God for all He has done.