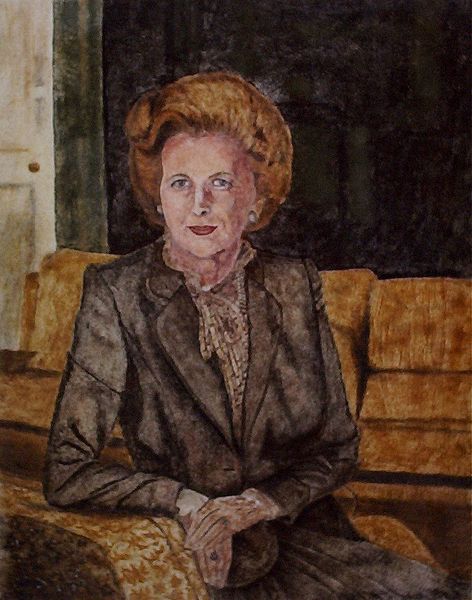 There is a sense of irony in the fact that this movie, told from the point of view of an ageing, frail, and dementia-suffering former Prime Minister of Great Britain, Margaret Thatcher, is called The Iron Lady. Her frailty proves again that life catches up with everyone in the end.

Right from the beginning of her entrance into public life, Thatcher had to fight harder than the vast majority of budding politicians of her time simply because she was a woman. I wonder if this was at least part of the reason that many of her policies were so incredibly harsh. Initiatives such as trying to introduce a flat tax – where everybody, rich and poor, pay the same amount, were rightly not tolerated, not just by the workers of Great Britain, but by many in her own Conservative Party itself. It was policies such as this, borne out of her own determination that people should work hard no matter their background, that ultimately led to her political demise after eleven turbulent years as Prime Minister.

This movie about Great Britain’s first female Prime Minister – played brilliantly by Meryl Streep – tells the story of a woman who is pretty much self-made; someone who rose above societal and cultural norms of the day which said that the harsh world of politics is best left to those who are ‘stronger’ – men. It tells the story of a determined woman who would let nothing get in the way of her own ideas. Her response to the Argentinian invasion of the Falkland Islands in 1982 was portrayed in the movie as one such example of her leadership being done either her way or no way.

As the ageing Thatcher looks back on her own life, one scene takes us back to her time as a young woman when her partner, Dennis Thatcher, proposes to her. After what must have seemed like an eternal pause for Dennis, she only says yes once she makes perfectly clear that she was not going to be the type of wife who was going to stay home and do the dishes, just washing others’ cups (Dennis then explains that this was the quality that he most admired in her). She wanted to be ‘more important’ than that. In the final scene of the movie, we then see a poignant moment in which she stands at the sink washing a cup herself, finally being able to let go of the past and move on with life on her own, without her beloved deceased husband of whom she had been having regular hallucinations. And when she finally and reluctantly says goodbye to Dennis in her mind, she hears him say, “You’ll be fine on your own dear; you always have been.” And so the self-made, determined woman finally comes to grips with a sense of reality in her world.

Though not referred to in the movie, it was Thatcher who once said that there is no such thing as a society, that we are all just individuals. Such a dog-eat-dog, competition-based foundation for her ideas has shown throughout history to lead ultimately not to a happier society, but to one which is more callous and uncaring. In my opinion – and I fully understand that many will disagree – Thatcher’s policies were reminiscent of those implemented in Victoria by Jeff Kennett in the 1990s; policies which certainly improved the economy, but at the cost of ultimately producing more losers than winners, thereby defeating the purpose of having a stronger economy if less people benefit from it.

For those who lived through the times and can remember them, this movie is an important reminder of a decade of huge change in the world. There was recession, privatisation of public assets on an unprecedented scale, the constant fear of nuclear holocaust, and the eventual fall of Communism. I was only a youth when Thatcher was in charge of Great Britain, but having since learned about her ideology, I am convinced that, while her ideas at a difficult time in British history were not difficult to understand, they created a society which was more divided than united. Such a society will not survive with any harmony in the long term.

This movie of the personal story, rise to power and subsequent reminiscing of the most controversial Prime Ministers in the recent history of Great Britain shows in fine detail how the Iron Lady came to form her ideas of how she could make her country a better one. Recommended.