If we are Christians, why are we sad at death? 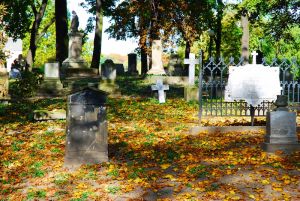 If Jesus is coming back to renew all things and we will be reunited with loved ones who have died, why are we sad when they die? Shouldn’t we be glad that we will see them again?

Such an attitude reflects a denial of the reality of life as it is in this fallen world. If ever we needed an example that it is right, proper and actually healthy to grieve, then Jesus’ weeping at the death of his good friend Lazarus is it.

I went to a funeral a few years ago for a person who had taken their own life. The pain of family members was of course palpable. This person’s death could be described as nothing else but a tragedy. Yet at the memorial service, someone sang a song with a smile on their face which suggested that, as this person is now with Jesus in heaven, we should be rejoicing. What is there to be sad about? Something just didn’t sit right with this singer’s attitude. Someone else at the service agreed with me when I made that suggestion. Why is it that many Christians have this unrealistic and frankly, cruel, attitude?

Some months ago, in an article on death, I wrote that “Death is terrible. The fact that a loved one is now in the arms of Jesus is comfort, but it does not fully take away the sense of finality that we experience when someone we cherish is taken from us.” There is no denying this fact. Anyone who is never moved by the passing of a loved one has severe emotional problems.

I’ve been fascinated with the idea of death recently. I know that sounds somewhat weirdly morbid but I’m now in my early 40s and halfway through the lifespan of the average Australian male. One of my pastors remarked to me recently how he is in the twilight of his life. I quickly reminded him that any one of us might be in the twilight of our life. There are no guarantees about living to a ripe old age. As Martin Luther King said on the night before he died, longevity has its place but it really doesn’t matter to an extent.

Recently I’ve also been fascinated by accounts of Christians who have had near-death experiences. I don’t know why; I don’t believe I’m about to have one soon. I used to have a fascination with these events when I had doubts about God, but I think my recent interest reflects a desire for something more in life. Maybe it does also reflect some doubt, maybe I just want some reassurance that it’s all true. Most of the accounts I have read don’t give me any reason to think they’re not true, so they do provide some reassurance. In fact, the experience of one person that I read – Dale Black – changed his life so much that it was about 40 years before he even told his wife about it.

Stories like that of Dale Black and others like him, do give me reassurance that it really is true, and they do make me think about the idea of death and mourning over it. What I can say is that death is not the natural order of things. It is often said that death is a natural part of life. It may be a natural part of life, but it is not the intention of God. Jesus provides the assurance of hope, hope that this is not all there is, that there really is something more. But hope does not mean we should rejoice and sing the hallelujah chorus when a believing loved one dies because they are now safely with Jesus. Such a response is not Christian and is simply delusional. As I have mentioned, Jesus wept at the death of his good friend Lazarus, but that doesn’t mean he wasn’t infused with hope. It also doesn’t mean this hope was reason for him to be happy because Lazarus was about to come back to life. Jesus was God in the flesh, a God who is filled with compassion and mercy, a God who weeps with those who weep, a God who cares deeply. This is also a God who is the Resurrection and the Life, a God who conquers death and renews creation so it glories in this God who made it all and remakes it all.