God’s Gift to a Broken World 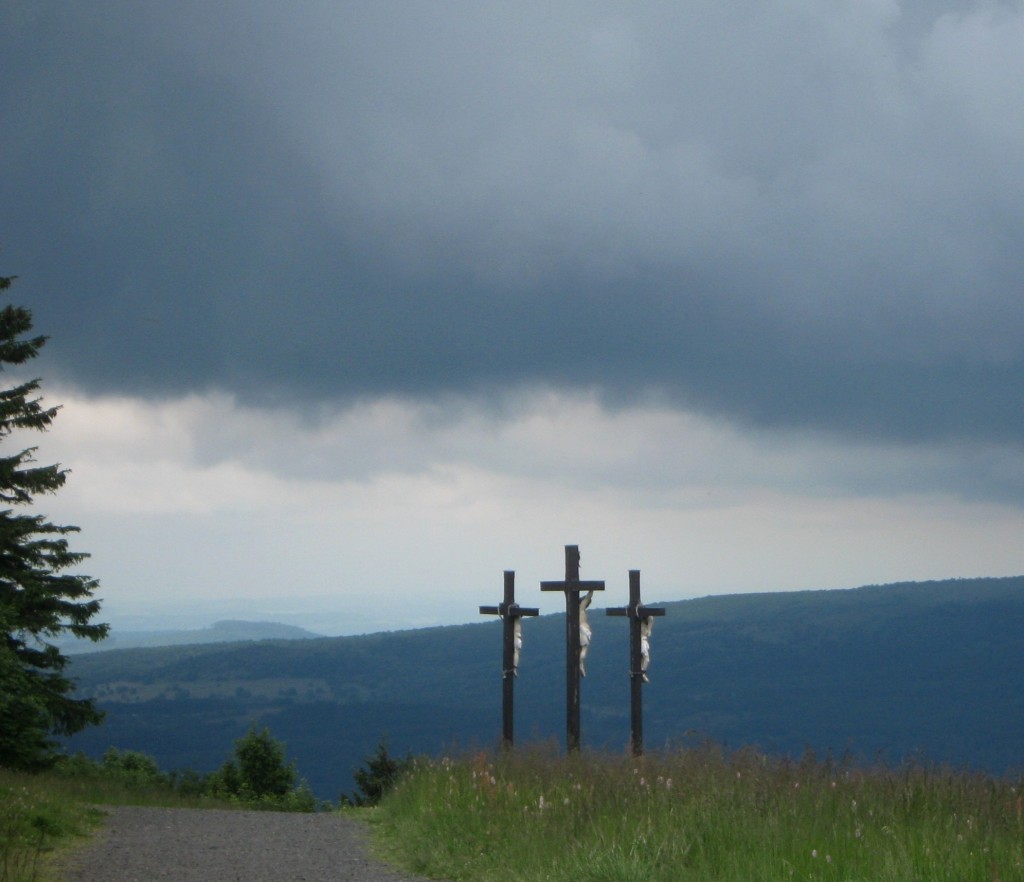 We live in a world of immense suffering, and whether we call ourselves Christian or not, we are often faced with the universal question of why such suffering occurs in a world which was made by a good and loving God.

At Easter we remember that when Jesus was dying on the cross, he also asked why, and said “into your hands I place my spirit.” It was an act of trust that God is good despite what we see around us.

In our society we are bombarded with the message every day of our lives that life is found in having more. Gordon Gekko’s ‘greed is good’ mantra from the heady days of the late 1980s is the philosophy we are encouraged to live by today. Yet study after study shows that ‘money can’t buy me love’, as The Beatles sang fifty years ago. The American psychologist Martin Seligman has conducted research showing that the rate of depression in Western nations has increased tenfold since the Second World War ie. we now have ten times the amount of people who are depressed than we had seventy years ago. On top of that, Brene Brown points out that we are the most in-debt, obese, addicted and medicated people in history. All this is during a period in which we have never been wealthier. Something is not adding up; it looks suspiciously like we have been sold a lemon.

And if that is not enough, our affluent way of life is leading to a greater gap between rich and poor, as well as to the dreaded spectre of a changing climate. Jayakumar Christian, National Director of World Vision India, says that while everybody talks about the booming Indian middle-class, with economic growth rates of 7-8%, no one talks about the growing gap between rich and poor in that vast land, and the fact that there are 836 million poor people in India. And you just need to talk to just about every climate scientist as well as every aid and development worker in places like Africa to learn about the effects that climate change is already having on their farming practises. No wonder the author and pastor Brian McLaren calls our way of life the ‘suicide machine.’

It’s all depressingly bleak, and enough to drive you to despair. But despite all this, we don’t have to be stuck in that mindset. The comfort we can find at Easter is that Jesus identifies with our pain and with our questions. But it’s more than that. If that is all he did, we wouldn’t have any hope. Thankfully we are told that in Jesus, God came to earth not only to die for our wrongs, but to reconcile all things to himself. But again, if that is all there is, there still wouldn’t be any hope. The New Testament is open about this. The apostle Paul says that if Christ was not raised from death we are to be pitied more than anyone. Christian faith lives or dies on the physical resurrection of Jesus as a historical event. If Jesus was not raised, then Christian faith is pointless, as death would not have been defeated and life is meaningless. But our joy and hope come from faith in Jesus, that as well as dying on Good Friday, he was raised on Sunday. As Nick Cave sings, death is not the end. And, as only he can, American preacher Tony Campolo adds, “it’s Friday but Sunday’s a-comin!”

Hope is alive. There is no line on the horizon; heaven and earth are slowly overlapping. There is no reason to despair and there is nothing to fear. The Christian message says that it is because of the resurrection of Jesus on that first Easter morning that we have hope that death will not triumph in the end. Life, justice, peace, hope and love will triumph. Nothing is surer. And it is all because God came and dwelt among us and defeated the scourge of death.

Through the life, death and resurrection of Jesus, we are shown how to live, we are offered forgiveness for our many wrongs, and all things are reconciled to God. All things. Our hearts, so we can be at peace with God; our society, so we can live at peace with each other; and the rest of the whole created order, so we can live at peace with it. To the question of why God doesn’t seem to be doing anything about the suffering and pain in the world, we can assuredly say that God already has. Through the life of one man, we see a glimpse of the wonderful kingdom come; through the death of that one man on a dark Friday afternoon, we are offered forgiveness for our wrongs; and through the resurrection of that one unique man on the most wonderful Sunday morning in history, all things are made new.

What we remember at Easter is what drives us; it is what drives our continual struggle for a better world, for peace on earth, for shalom. One day there will be no more tears; one day there will be no more pain, no more ‘stupid poverty’ as Bono calls it, no more war and no more injustice. One day everything will fit; it will all make sense. And it will all be because of Jesus. And we get to live this resurrection life here and now, working with God to renew the world, living out the compassion of Jesus, and standing in the tradition of the prophets to work for a world in which one day everything will be made complete. That is the hope of Easter. May you have a blessed one.