Faith in the election 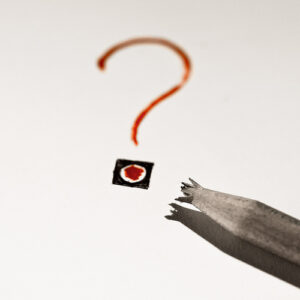 Many people will by now have seen the video put together by a handful of Christians urging people to vote on certain issues, and particularly to not vote Green. The main people involved include some from the Christian Democrats.

Barney Zwartz wrote a balanced view of it in The Age this week where he condemns the distortion of Greens’ policies. He also points out the obvious which we don’t always see, and that is that no party is perfect. He highlights this by saying that “whenever we get the perfect candidate, she or he has a habit of disappointing us the most.” Witness the outpouring of hope that came with the rise of Barack Obama. I remember thinking at the time, paraphrasing Monty Pyton, that he’s not the Messiah, he’s just the President, and he’s inevitably going to disappoint.

Whichever party you plan to vote for, there are certain things that Christians need to take into account. The core of this is about voting for those less fortunate than ourselves. It has been said by quite a few people over the years that the measure of a society lies in how it treats its most vulnerable citizens.

One of the issues that has come out of the release of the above-mentioned video is that of voting for someone because they are a Christian. I think that is one of the most irresponsible actions that a Christian voter can take. It shows a profound ignorance of the issues that different parties stand for. Tim Costello sometimes tells the story of the South African government during the apartheid years. They were all Bible-believing Christians. They believed all the right things but they were inherently racist and therefore an evil regime. One Christian leader in Australia has shown his colours in this regard by effectively saying someone cannot be a Christian and vote Green, and seing a Labor victory as a step backwards for the nation, and then in the next breath saying that God is “far too big to be adequately represented by any one political party or position”. He can’t have it both ways.

Thankkfully the other side is also being reported. The ABC had a great article during the week in which a candidate from another party who is a Christian tells her side of the story.

It’s encouraging to see faith getting an airing, all this dirty laundry coming to the fore, and both sides of the story being laid out for all to see and decide on. In the end we need to vote prayerfully and with our conscience. The final word is probably best left to the Brotherhood of St Laurence, who came out with a pearler during a past election. It simply said “vote for somebody else.”