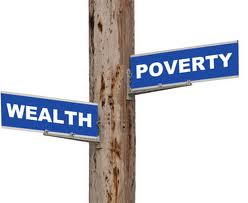 A few days ago a colleague at work sent through a fascinating article by the son of Warren Buffett. Some quotes from Peter Buffett’s article are as follows:

Fascinating points. When we work for a better world, are we just dragging people into a consumerist way of life which perpetuates the very poverty we want to alleviate? As Buffett says, doesn’t this all just feed the beast? What does the alleviation of poverty look like? Is it like the new society described so beautifully in Isaiah 65?

This is why just bringing people out of poverty is not enough. Changing structures which keep people poor must also take place. If there is no advocacy, then the work of development and relief is pointless.

What this reminds me of is Tim Jackson’s book, Prosperity Without Growth, in which the author lays out a blueprint for a system that works in a world of finite resources. A book well worth a read, along with the above-mentioned article.