The Easter anguish of Jesse Adams 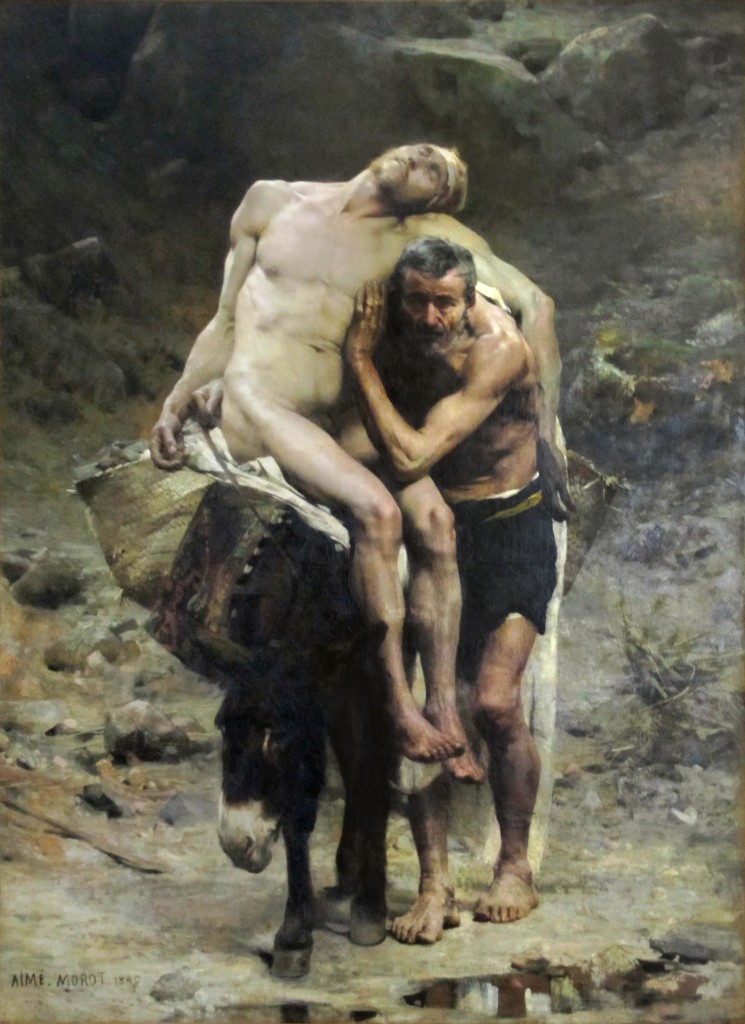 We are so fortunate that God has come to Earth in the form of Jesus. If we want to know what God is like, we need only look at Jesus.

How did Jesus treat people? He went to the outcast and the poor. Most importantly though, he went to those who were hated and despised by mainstream society.
I’ve recently been reading the Australian novel, The Songs of Jesse Adams. This fascinating story is about what it could be like if Jesus came to Melbourne in the 1960s.
What has struck me about the story is something that is not often emphasised by Christians of a social justice persuasion. It is the magnitude in which Jesus seemed to upset and offend those who had a vested interest in the status quo. Everywhere he went, those in power felt threatened by this upstart young preacher who had the audacity to claim the most outrageous things about himself, and who had the gumption to love those who didn’t deserve it: the morally loose and low lifes of society.

In the novel, Jesse Adams, the Christ figure, manages to offend people at the very top of power, from the Premier of Victoria to the head of a major commercial television network. And he does it by going to the poor and resolutely resisting the lures of power, wealth and fame that any up and coming star who is supposedly in their right mind would jump at.
What this novel shows us is that Jesus is no moralist. He doesn’t go around telling society it is going to hell by pointing out its sins. What he does though is expose the folly of selfish power and violence by living out a life of absolute love, and it is his love of those considered unworthy of and beyond love that Jesus is most comfortable with and the powers that be are most uncomfortable with.

The climax of the story of Jesse Adams is one that has impacted me quite emotionally, not just because we are now into the Easter season, but because it captures so deeply the anguish of that terrible Passion week in which Jesus was betrayed, let down, scourged, completely emotionally distressed and finally unjustly murdered by those same powers that be who he managed to get offside so easily earlier in his ministry.

When I was a young Christian at the tender age of 16, I remember being dumbstruck at the absolute anguish that Jesus experienced and expressed in the Garden. I can still remember those words that hit me so hard: “My soul is overwhelmed with sorrow to the point of death”. To the point of death. That’s pretty heavy stuff. At the time I was living through the agony of my parents’ marriage imploding before my eyes in the family home, so the analogy of death didn’t seem too strong. I could certainly relate to the anguish that Jesus was experiencing. The fact that I can still remember it 30 years later reflects the depth of the impact of it on my own soul.

It is this same depth of feeling that is solemnly evoked by the author as he eloquently describes the anguish Jesse Adams is going through as a series of events conspire to bring him down and get rid of him for good. On page after page we are shown the depth of Jesse’s feelings of resignation as he knows the inevitable end that is coming.
As we remember the death of God on this Good Friday, and the feelings it evoked amongst so many people in his circle of influence, I wonder how it would be if Jesus – or Jesse Adams – walked among us today.