Love is the greatest apologetic 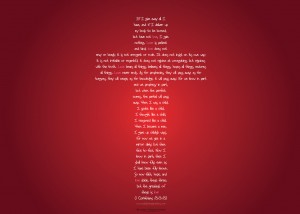 In a postmodern world, and a post-Christian Australia, traditional Christian apologetics don’t get very far with a lot of people. 25 years ago when I was still a fairly new believer, books like Josh McDowell’s Evidence That Demands a Verdict were wonderful in helping to strengthen my faith. Today though, they don’t do a whole lot. I still like to read apologetics, although I tend to gravitate towards the likes of N.T. Wright and others these days. I just find I don’t have much of an interest in works like McDowell’s. Many people would though, and if people are assisted in their faith and growth toward God, then I think that is wonderful.

I suspect though that more people like to see genuine expressions of Christian faith from believers who live their faith in all they do, people who want nothing more than to be Christlike. There is nothing like the life of Christ shining through his followers to get people thinking. This is always the best advertisement for God. Love is the greatest apologetic. One of the great insights I heard once was that Jesus had no need of an apologetic. People flocked to him; the common people heard him gladly. Jesus’ life was his apologetic, and he calls us to the same.

Back in those days in the mid to late 1980s, I was taught a number of things about Christian faith, from the Four Spiritual Laws to evidences for Jesus’ resurrection, to learning how to turn conversations around to the things of God. Today I believe that such thinking is quite dangerous and short-changes the gospel of Jesus. The Gospel is actually much bigger than that, as well as being much more accessible to the average Aussie in the street. Mark Sayers tells the story of when he was speaking once and explaining the story of God’s new creation through Jesus, how Jesus came to inaugurate the kingdom of God on earth and how Christian faith is not about going to heaven when we die. After Mark’s talk, a friend of his came to him and told how she was sitting next to a person who wasn’t a believer, and this person said “why hasn’t anyone told me about this before?” When Mark expressed the Gospel as it really is, it touched something deep inside this person.

Christian faith is ultimately about a story, and people love stories. They always have. That’s why Jesus told so many. He never actually defined the kingdom of God; in describing it, he always began with “it is like…” When we tell stories of the great things God is doing in the world, people listen. When we tell them of what Eden Parris calls rumours of hope, or what Philip Yancey calls rumours of another world, they begin to prick up their ears and listen.

My passion has always been to show how Christian faith is relevant for all of life. It is central to our inner life, our politics, our economics, our finances, our laws, our sexuality, our everything. It has to be if we believe that God made all there is. Our faith speaks to life in all its rawness, all its wonder and beauty, and all its ugliness. It says that throughout it all, there is a Person who has overcome the world and all its pain and sin. There is a great line in the epic movie Ben Hur in which a relative of Ben Hur has just come back from hearing Jesus talk, and the way she describes him is by excitedly declaring “he speaks words of life.” That is why people flocked to the man from Nazareth. People knew deep down that what he said spoke to them in the depths of their being. 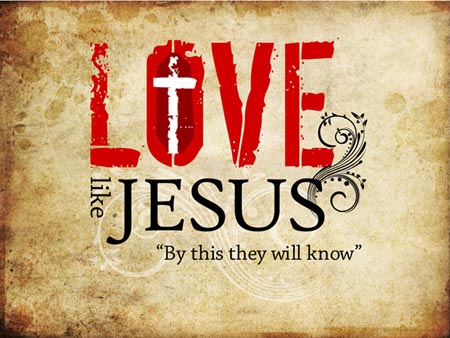 The early church was very good at apologetics of the loving kind. If you look at the growth of the early Christian movement, it exploded in number because of their care for those who no one else cared about. Acts 2 & 4 describe some of the simply incredible growth of the fledgling movement. Roman historians like Tertullian pointed out the love the Christians had for each other, and social historian Rodney Stark has shown that the early Christian movement grew so much because they took in so many people that the rest of society discarded. In Roman times, if you were born a girl or disabled, you were generally thrown out on the scrap heap to die. Often these babies were picked up by others and forced to be gladiators, slaves or prostitutes. But many Christians also picked these children up and reared them, treated them like the people they were born to be – made in the image of a loving Creator. They followed Jesus and they grew in number by the thousands.

Robert Wilken even makes the point that many Christians in the first couple of centuries couldn’t refute some of the philosophical attacks on the new faith by pagans, but the Christians still managed to turn the Roman Empire upside down through their extraordinary lives of love, care and courage.

In a post-Christian society like ours, the old-fashioned apologetics doesn’t carry much weight anymore. People want to see relevance, particularly in Australia. Most of all though, people want to see love and care that is genuine. 2,000 years after God walked the earth, the basic human instinct hasn’t changed. We still crave love, meaning and life. We nod in respectful acknowledgment when we see love in action. That’s why the Salvos have always been so popular here. The trouble is that an amazing number of people don’t even realise they are Christian. It’s the same with World Vision. There is hardly anyone who has not heard of them, but there are many more who don’t know they are Christian. But both organisations are respected for their work.

Love is indeed the greatest apologetic. If we want people to come to Jesus, it’s quite simple really. We just need to go back to the Master himself who said “by this all shall people know that you are my disciples, if you have love one for another.” God help me to be more open to the more excellent way.