India article 3 – India and the gospels 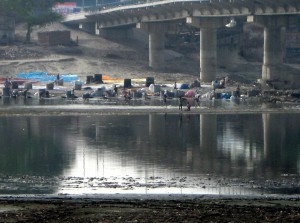 This third post on my time in India last year looks at some of the similarities between current Indian society and what we see portrayed in the gospels. Such similarities make the Gospel come alive in a place like India, moreso than in my hometown of Melbourne, Australia.

Another issue that was highlighted to me in India was the plain falsity of the idea that our Western version of Christianity is what the world needs to hear. Most of the Bible was written by people who were under oppression. When we view it in that context, it is simply incomparable to our own interpretation. This is where a book like Robert McAfee Brown’s Unexpected News: Reading the Bible with Third World Eyes is so helpful. We need to read the Bible through the eyes of the poor, but more importantly, through the eyes of those who wrote it, because they were mainly poor, but also because they knew their own culture better than we ever will thousands of years later.