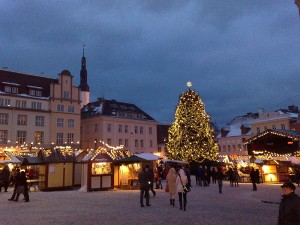 Singer Jackson Browne – who does not profess a Christian faith – laments the mad consumerism that overtakes us even more at Christmas than it normally does. In his song, The Rebel Jesus, Browne says the following:

Well we guard our world with locks and guns

And we guard our fine possessions

And once a year when Christmas comes

We give to our relations

And perhaps we give a little to the poor

If the generosity should seize us

But if any one of us should interfere

In the business of why there are poor

They get the same as the rebel Jesus

Jackson Browne sympathises with the treatment Jesus gets for raising awkward questions – the questions no one wants to hear, the issues that no one wants to face. Julian Assange would also sympathise with both Browne and Jesus right now. But most of us would rather have it easy. It is the troublemakers who raise these questions, and the easiest way to deal with our insecurity of not knowing how to handle them is to shut them up. We do it with our children too when they constantly pester us with that eternal question, “why?”

Jesus knew the same ridicule, from the beginning of his ministry when he was almost thrown off a cliff for his provocative comments to the religious leaders (Lk 4:29), through to his murder at the hands of the authorities. Even when he was unaware of it, Jesus knew criticism and rejection. With no room at the inn for his parents, the Son of God himself was forced to be born out the back of a pub amongst the smell and grime of farm animals.

Christmas is not a nice story. It has nothing to do with the nativity scenes we see on our Christmas cards or in most of the Christmas paraphernalia in Christian bookstores. Richard Rohr explains it well in the following piece from his Preparing for Christmas series:

Jesus identified his own message with what he called the coming of the “reign of God” or the “kingdom of God,” whereas we have often settled for the sweet coming of a baby who asked little of us in terms of surrender, encounter, mutuality or any studying of the Scriptures or the actual teaching of Jesus.

This is what I am inviting you to this Advent. But be forewarned: the Word of God confronts, converts, and consoles us—in that order. The suffering, injustice and devastation on this planet are too great now to settle for any infantile gospel or any infantile Jesus. Actually, that has always been true.

What we call the Incarnation, God becoming a human being, becoming one of us, strikes directly at the heart of evil and corruption in the world. God becoming human looks evil in the eye and takes it on without flinching. As Bruce Cockburn sang it so brilliantly, it is God “kicking the darkness ‘til it bleeds daylight”.

Christmas is a time of mixed emotions for many people. For some it is a wonderful time of creating happy memories with families, while for others it is a time when, as a pastor of mine says, the poor are poorer and the lonely are lonelier. Whatever it is for you this year, know that it is a time when the Creator of the Universe came running towards us with arms outstretched, as a helpless baby, vulnerable and defenceless. Know also that he lived a life of perfect love, and then died, once more with arms outstretched, to expose evil and to take our sin upon himself. But know especially that that wasn’t the end of the story. Defeated in the eyes of the world, he then defeated death itself when he rose from the grave, inaugurating the kingdom of God into history – a kingdom in which we are invited to work with him to do justice, love mercy and walk humbly with Him on the journey.

When God Almighty walked the earth, he was known as the friend of sinners. The outcast and the poor flocked to him because he loved them as they were. People who feel like they are on the outside – people like Jackson Browne – are those he welcomes:

Now pardon me if I have seemed

To take the tone of judgement

For I’ve no wish to come between

This day and your enjoyment

In a life of hardship and of earthly toil

There’s a need for anything that frees us

So I bid you pleasure

And I bid you cheer

From a heathen and a pagan

On the side of the rebel Jesus

If you are one of these people sung about in The Rebel Jesus, or if you feel like you are on the outside, Christmas is for you.

May you have a blessed, wonderful, and meaningful Christmas. May you know his love more deeply, so you can live more meekly, and share more widely in the wonderful privilege of working with the King of Kings who became the Man of Sorrows, to bring the kingdom of love, justice and peace to this ailing planet. The Author of Life is the Giver of Life. As we give gifts to each other this Christmas, enjoy them and, as Richard Rohr would say, remember above all not the presents but the Presence!