The biblical meta-narrative in Australia 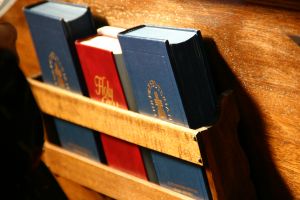 Fascinating article in today’s Age about the declining knowledge of basic biblical stories in society in general, and yet despite that, the importance with which they are still held by many in our secular culture.

Some non-religious people interviewed for the article were still in favour of the biblical stories being told in our culture. Despite our overwhelmingly secular and postmodern society, there is still a need for a meta-narrative, an overarching story, even if many people might not believe in its historical veracity.

The biblical narrative of a loving God coming to Earth in the man Jesus Christ still resonates with something deep in the human psyche. Somewhere amidst the rampant consumerism and desperation to get by and get ahead, there is still a desire to ground our lives in something outside ourselves.

For all the good points in the article though, I find it incredibly sad and barely believable that a university anthropologist can seriously compare Jesus to Batman, Bob the Builder, and Thomas the Tank Engine. Apart from the pathetic comparison though, the Christian faith is also not about a set of values; it is about relationship and reconciliation, the setting to rights of the whole of creation, to God and to each other. It is about transformation of the human heart, something which Batman nor the other people characters mentioned above, even claim.

What is perhaps sadder is that a survey by Barna in December 2010 showed the declining biblical literacy rate amongst Christians, including theological students. While Barna is US-based, my conversations with people show the same to be true in Australia. It matters what we believe.