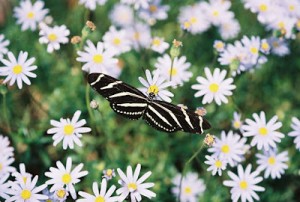 Another gem from Richard Rohr. It reminds me of a post I wrote some time ago asking whether or not the universe is a friendly place. I have no doubt it is.

“If God is Trinity and Jesus is the face of God, then it is a benevolent universe. God is not someone to be afraid of, but is the Ground of Being and on our side.

If anyone doubts whether we will be basing the Living School in solid, but broad and inclusive, Christian doctrine (“the Perennial Tradition”), they need only read our foundational second theme that underlies much of my work and the work of the master teachers that we are inviting to teach at the Living School.

If we want to go to the mature, mystical, and non-dual levels of spirituality, we must first deal with the often faulty, inadequate, and even toxic images of God that most people are dealing with before they have authentic God experience. Both God as Trinity and Jesus as the “image of the invisible God” reveal a God quite different—and much better—than the Santa Claus image or the “I will torture you if you do not love me” God that most people are still praying to. Such images are an unworkable basis for any real spirituality.

Trinity reveals that God is the Divine Flow under, around, and through all things—much more a verb than a noun; relationship itself rather than an old man sitting on a throne. Jesus tells us that God is like a loving parent, who runs toward us, clasps, and kisses us while we are “still a long ways off” (Luke 15:20). Until this is personally experienced, most of Christianity does not work. This theme moves us quickly into practice-based religion (orthopraxy) over mere words and ideas (orthodoxy).”