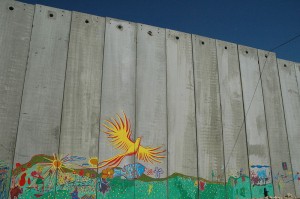 This month marks the 20th anniversary of one of the most wonderful moments in the history of what was a turbulent 20th century. For millions of Germans it will no doubt be one of the enduring memories of their lives. November 9, 1989 was the day that the infamous Berlin Wall finally fell.

I can still recall watching it on TV at my mother’s home. As I was watching, my mother who, along with my father, was born and raised in Germany, had tears streaming down her face, unable to believe the enormity of what was happening before her eyes – this beautiful celebration of unity after so many years of division.

Common consensus though says that the real hero of the fall of the Berlin Wall was Mikhail Gorbachev who wanted to restructure the Soviet Union and make it more open. What ‘open’ meant was indeed open to interpretation, but history now tells us exactly what Gorbachev meant by it. The words he used for these changes were ‘perestroika’ and ‘glasnost’.

In 2003 my wife, Nell, and I visited Berlin on a tour through Europe. As we were taken around the city by a cousin, the remains of the infamous concrete structure were still there for all to see in some places. They were there as a reminder of what once was, and what must never be again. Throughout Berlin you can see bricks in the ground where the Wall used to run, literally cutting across streets and cutting families off from each other.

My cousin who was taking us through the city that day described to us how she used to feel when she would occasionally make the trip from East Berlin to the West in those dark days, and the relief she would feel as she crossed the checkpoint back into West Berlin. On this day she said she could still feel hose same emotions as she literally stepped over the same line where the Wall used to be.

I felt a mixture of emotions as I thought about my heritage in this old city, this city of division and now of amazing reunification. What happened in Berlin in November 1989 was just part of a tidal wave that swept across eastern Europe as a whole system of government collapsed, seemingly overnight.

On November 9, 2009, Berlin will celebrate the 20th anniversary of the fall of the Berlin Wall with a “Festival of Freedom”, during which over 1,000 foam domino tiles over 8 feet tall will be stacked along the former route of the wall in the centre of the city and toppled over. I wish I could be there to celebrate with them. For many, there will no doubt be painful memories of those brave souls who were shot dead by border guards over the years in a desperate attempt to escape the East. I hope this celebration will also be a tribute to them.

November 9, 1989 was a night unlike any other. It was a night which is a reminder of what the Kingdom of God will be like, a place where the only tears will be tears of joy, and the pain will be long forgotten as we worship the Prince of Peace together in the new creation.