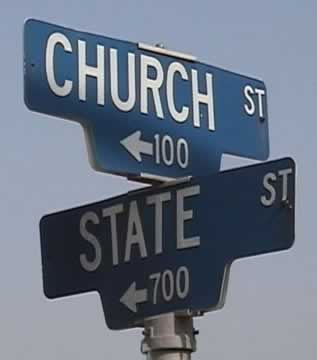 Being a Christian in power though is only possible if we remain close to the poor. Western Christians need to constantly listen and be available to the voice of the poor. Otherwise we will contribute to the evils of an unjust world, whether we want to or not.

Tim Costello has said that a prophet definitely needs access to power. But we need always remain closest to the poor, for it is they who are the ones for whom Jesus came. Not that he didn’t come for the rest of us of course, but God definitely has a preferential bias for the poor. God is compassionate and wants all to be treated according to their God-given dignity. Because this doesn’t happen to the poor, God in his compassion gives them special treatment.

The Christians in Caesar’s household that St Paul refers to in Philippians 4:22 would have been close to the poor simply because they were Christians and the majority of Christians were poor according to historians. The fact is though that we don’t really know what the term “those in the emperor’s household” means in this verse. They could have been members of the imperial family, or guards, or courtiers, or servants. It is likely that these people didn’t actually wield power even though they were in the household of the emperor himself (Bible Gateway explains this further).

True Christianity is not popular. It inevitably comes up against the status quo, because the status quo has a vested interest in keeping itself in power. It is ultimately afraid, and fear will inevitably be overpowered by love. True Christianity is not the feel-good version that attracts so many people in the West (and alarmingly in much of Africa now as well). As Richard Rohr says so prophetically, “Once we preach the true Gospel, I doubt if we are going to fill the churches.”

The power that followers of Christ are to exercise is the power that Jesus displayed. It is the power of the cross; foolishness of course to those who don’t understand. Jesus shows us the power of love, a love that is displayed in self-sacrifice. It is a power that absorbs evil instead of expressing it. The way of Jesus is not the violence of empire. It absorbs violence and therefore destroys it. Rob Bell is right; in the end, love wins. That is why the ways of power and empire will always be completely incompatible with the way of Jesus.