What Will People Say at Your Funeral? – updated 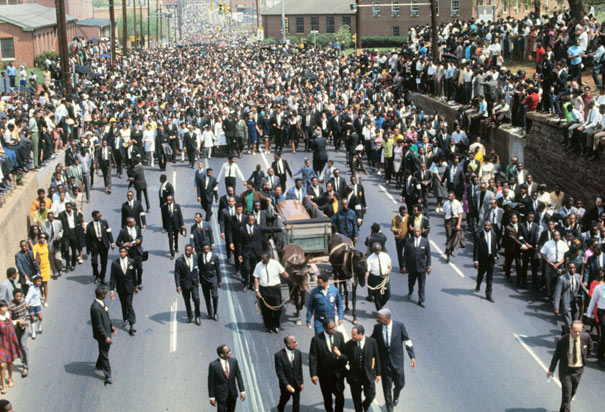 Speaking to some family members on the weekend, one of them spoke about their brother who had just recovered from prostate cancer. We also talked about someone else in their 50s who had recently succumbed to breast cancer and how she left behind a husband and children who were traumatised by it all.

As I think about our comfort, complacency and apathy, particularly about how much we grumble in this country despite being the richest country in the world, I think of the movie The Hunger Games. In that story, people are so satiated that they have lost all sense of morality and sense of compassion for others. They happily go to the games and have no idea what is happening to the disadvantaged in their own city.

The same is true of us. The idea of leaving a legacy in our lives seems a distant memory, and not even a memory for most of us. We are so busy trying to be happy in our lives that very few of us think about what sort of world we want to leave our children. If asked, most people would say that of course they want to leave a better world for those who come next. But we don’t stop to ponder anymore. We have forgotten what it’s like to take time to stop and smell the roses.

Are we so consumed with pleasure that we have forgotten what gave us the good life in the first place? Do we really believe that there is any value in taking time to stop and think and ponder about life? Or do we blindly and unthinkingly accept the mantra that what really matters is the economy, that the key to having a good society is having a strong economy? I suspect most of us do when it all boils down to it.

Prioritising leaving a legacy that benefits others is what gives meaning to our lives. Prioritising the pursuit of our own happiness takes away meaning. It is also addictive, leaving us trapped in the compulsion to pursue our own happiness and put off until tomorrow the things that really matter. The problem is that tomorrow never comes.

What do you want people to say at your funeral? Do you care? If, after you die, you could look back on your life and think about whether or not it was worthwhile, would you be satisfied? Would I be satisfied with my life? If we are satisfied to have lived a life of pleasure as the number one priority in our life, we have wasted our life. And the problem with a wasted life is a pretty big one: there’s no going back. We only get one chance at this. There are no dress rehearsals; there is no practise. This is it.

As I was taking part in the family conversation on the weekend, I realised how entrapped I have been in the busyness of everyday life, and to my own commitment to pleasure. I wanted to get back to something I had when I was in my teens, about 30 years ago, when I liked the fact that people saw me as a good person who loved people. When you’re in your teens of course, you are generally more ideological than at any point in your life. But there is no reason we cannot get back there, especially with Christian faith.

It is the experiences of life that slowly strangle our idealism. Cynicism and a world-weary attitude towards life set in and we often get to the point where we just go through the motions. That’s why so many of us, especially men, have a mid-life crisis. We have lost what it is to be thrilled about life, to believe that the world can be changed. It’s also why many people who were at the forefront of the peace movements of the 1960s ended up becoming the corporate executives of the 1970s. They became disillusioned and cynical and basically gave up.

The most inspiring words about leaving a legacy that I have ever heard come, as the most inspiring words often do, from Martin Luther King. Listening to his Drum Major Instinct sermon will be a good gauge of where you are at in terms of being thrilled or cynical about life. If it leaves you inspired, you are in a good place. If it leaves you unmoved, you have lost some hope.

I remember when I was 18 often hearing people talk about making a difference, and being the best that you can be. But then I too became disillusioned, mainly with many Christians, and I had a crisis of faith. It was more a ‘confusion’ of faith, but either way, I lost hope and went through the motions of life for years.

It is as I get older and tired of living for myself that I want to leave a legacy that benefits others. I want people to say at my funeral that I was a man who genuinely cared about others, about society and about the world at large. I would really love people to say that I was someone who lived out his potential, but that also scares me, because it puts responsibility back on me to get on and do it. But that’s the whole point. It is the things in life that are the most difficult that are generally the most valuable. I have mentioned a few times that one of the best pieces of wisdom ever given to me was that anything worth doing is never going to be easy.

I feel excited and challenged (and somewhat daunted) when I think about wanting people to speak well of me at my funeral. It is not about an insecurity of wanting to be affirmed; it is about really desiring to have something that can be passed on to others. I really want the world to be a better place. That’s why I get really pissed off when I hear politicians make scapegoats of vulnerable people in society just to score political points. And I get equally frustrated knowing that thousands of people will believe such politicians because most people in our affluent, comfortable culture don’t think. Such a self-centred attitude towards life, where we vote for the person who will give us as much as we can get, is a proven downfall of a once-great culture. It is in this sense that in a democracy we get the government we deserve.

Some people say there is nothing like a war to get people back to reality. Now, I don’t believe that for a moment but I do sympathise with the sentiment. In times of war people very quickly realise what really matters in life and we stop playing the games we play these days. Life is too easy for us in the affluent West. The movie Wall-E brought this across brilliantly. Earth had become so well off that it ended up becoming an environmental wasteland, and people emigrated to the far reaches of space and had everything done for them. Wall-E was one of the most prophetic movies of recent times. It shows us the end of where we are heading as a culture. We are destroying our society and our planet as we ride the waves down the river of pleasure, blissfully choosing to ignore the waterfall that we are rapidly approaching.

Is this doomsday stuff? Am I overreacting? Should I just shut up and have another beer (no I haven’t had any before writing this; I am writing this with a totally clear head!)? Am I one of those alarmists, those annoying people who tries to tell people that we’re going to hell in a handbasket and that I should just lighten up and enjoy life? Well, maybe I am, but you know what? I don’t care. I’m all for having fun – I’ve actually had too much inappropriate fun in my life and that is why I’m so aware of the pitfalls of a life of pleasure – but the very point I’m making here is that that is often all our lives are focused on.

In the end, this is why I believe in Jesus. I’m sure Jesus had fun, but he would have had fun within its appropriate limits. And that means he would have enjoyed his fun much more than most people do. Mark Sayers has written a brilliant piece called The Unadulterated Pleasure of Limits. In it he describes how life is enjoyed to its utmost when we live as we were designed. As Dallas Willard says, we currently live in a society of no limits. I have banged on before about the high social costs we are paying for that. Living within limits is actually where it’s at. It is there where we actually enjoy life to the full. It is there where we discover what joy is, the joy that is there no matter what we experience in life. It is there where we build our house on rock and not on sand, so that when the inevitable storms of life hit us, we stand strong instead of keeling over and looking for the next hit.

It is the things in life that appear weak, like limits, surrender of our egos and forgiveness, that actually give us the strength we need to endure life on life’s terms. God is more interested in our character than our comfort. Life is about getting up again when we are knocked over. God has not made us failures. The only failure is when you choose not to get back up again. So, when someone asked Jesus how often we should forgive someone when they hurt us, Jesus said not seven times as the questioner suggested, but seventy times seven. Don’t let the cancer of unforgiveness rule you. It just makes you a victim. Jesus also shows us that life is about perseverance. The one who perseveres to the end will be saved. The New Testament, written within a context of persecution, has a distinct thread of perseverance running through it.

What is the legacy you want to leave this current life with? Think about those people throughout history who are revered as the great ones. The Gandhis, the Martin Luther Kings, the William Wilberforces. They were all influenced heavily by Jesus, who left the greatest legacy of all. And not just the greatest legacy, but the power to live a life that leaves such a legacy. God help me to influence now what people will say at my funeral.