What on earth is Revelation about? 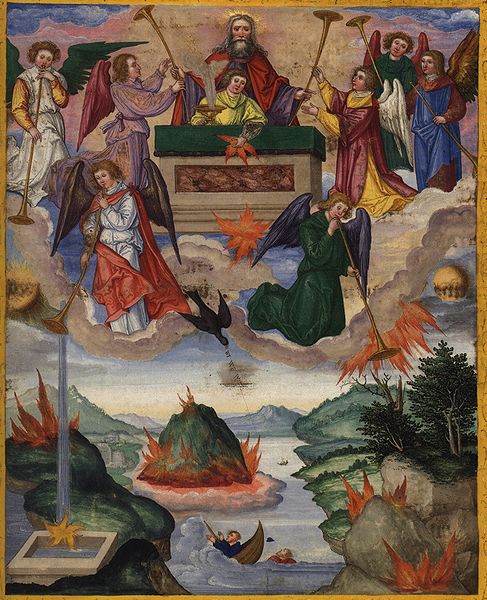 In my current studies one of the questions we have looked at is what the Revelation is about. We are asked to give brief responses. Here is mine:

Revelation is a fascinating book which looks at a number of separate issues. It is highly symbolic, it is encouraging and it is forthright. It also has been and still is used by many Christians as a way of somehow reading the future by interpreting it in the light of particular world events that may have happened or are believed to happen in the future. This has led to a whole lot of very bad and dangerous theology which has its outworkings in doing much damage to people and the planet.

The main themes from Revelation are that it is a book about perseverance in the face of extreme persecution, the fact that Jesus is Lord over everything (which in the time it was written meant that Caesar wasn’t), and the fact that, as N.T. Wright says it, Jesus wins in the end. The wonderful story that we get from Revelation is the future hope of the renewal of all creation when heaven and earth come together and, as it says in Revelation 21:4, there will be no more tears and no more pain.

I have always found Revelation so encouraging in the sense of it speaking to people who are undergoing great suffering. It was when I was going through suffering as a teenager that Revelation 21:4 spoke to me so warmly. So, if it could speak to me like that, how much more must it have spoken to the Christians it was initially directed at, facing as they were persecution that was constant and life-threatening.

As Paul wrote in Romans, our present sufferings cannot be compared to the glory awaiting us. Jesus will ultimately triumph in the end. Indeed he already has through the cross and resurrection.

Hope is a recurring theme spread amongst that of suffering when we read through this engaging letter. What Revelation means for us today is that same hope; that when we follow Jesus, what we work for is not in vain. We trust that God will triumph in the end, but we still have battles to fight here and now. However, trusting that God will triumph gives us confidence, courage, and perseverance. I think it was C.S. Lewis who gave the analogy of the D-Day battle in World War 2 to describe the story of Revelation. D-Day was a battle that ultimately decided the war, but the war went on for another 12 months until the final victory was won. As with D-Day, so with Revelation; the war has been won but there are battles still to fight and suffering still to undergo. But move on we do, in the sure hope that our suffering is not in vain.