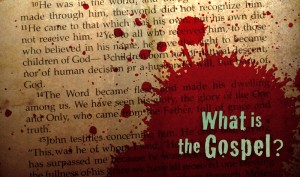 I’ve been thinking alot recently about meaning in life and how we all need something bigger than ourselves to give us purpose. I have found that the type of life I have lived for many of my adult years has been a life without meaning. It has ultimately been a life that is futile.

What do we mean when we talk of meaning in this way? Deep down we all have cravings for significance and purpose. Numerous books have been written about these issues over the years. Titles such as The Search for Significance, The Purpose-Driven Life, and Living on Purpose have been best-sellers. Why is that? Why are self-help books so popular? It is surely because of something deep within us that craves something deeper than what we are experiencing in our daily routine.

We live in a society that has it all materially but is hemorrhaging badly spiritually and psychologically. It is no coincidence that at the same time that Western culture has never been more well-off financially (despite the economic struggles of recent years), we are also suffering from the highest rates of depression, addiction and obesity in recorded history.

Added to these facts is the fact that religion, particularly Christianity, has had a massive decline over the last seventy or eighty years. In many countries in Europe in particular, the rates of church attendance are in single figures. It is not much different in Australia. The most recent Census figures – from 2011 – show that the proportion of the population identifying as Christian has kept trending downwards. This continues a trend that started about decades ago. At the same time, more people tend to mock religion. According to the 2011 census, 65,000 Australians identified themselves as Jedi. This is a steady increase over recent years. Luke Skywalker would be proud! Added to that, the number of people identifying as ‘pastaferian’ – worshippers of pasta – has also increased!

It is little wonder we see these figures. I believe much of it is due to human nature having a tendency for independence, and the more self-sufficient we are, the more we start to believe in our own abilities. We are at such a level of technological advancement in our culture that we can access any type of information in a matter of seconds. The internet has been the greatest technological revolution since television, and it has brought untold opportunity to millions of people. It also has brought untold misery to millions of others through the scourge of pornography addiction and loneliness. When we have such technology available to us, who needs anything outside of ourselves? Who needs God when you have it all?

Despite the above, it is also true that the Christian church has done a lousy job of presenting the Jesus of the Gospels to our lonely, addicted society. The Gospel we have preached has basically been one that is individualistic, Western, and focused on ‘going to heaven when we die.’ That is not the Gospel of Jesus. When I spoke about this recently to a group of mostly Christian people, I asked them to raise their hand if they believe that they believe will be spending eternity up in heaven with Jesus. A large number of people raised their hand. It was a reflection of the theology we have been fed in our churches.

This post will continue tomorrow when we will look at the problems we create when our theology is not biblical.