The death that stops the world 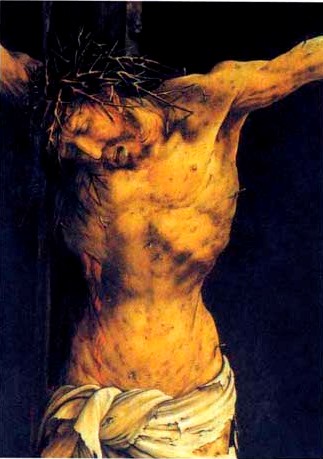 Every year in my home town of Melbourne, we have a public holiday for a horse race. The Melbourne Cup is the race that stops the nation, and the day is famous for people getting together over a BBQ, having a flutter, and watching the horses go around the track.

As I drove to a church service this morning, my mood was one of stillness and quietness. I felt the solemnity of this holy, holy week when the Passion of Christ brought the whole of creation close to its darkest hour. Then I turned on the radio to see if there would be any discussion of this most holy of days in the Christian calendar. As I flicked through the radio stations, I heard talk of last night’s football, and what the Aussie dollar was doing against the Greenback at the moment. I felt a sense of sadness as I realised that the world doesn’t stop today. Everything continues as if this day is just like any other, and not the commemoration of the most important event in history.

I turned the radio off, wishing that the world would stop and ponder. Cultures need times of ritual, times of being still, times of remembrance. We do it on Anzac Day, as we should, and we all stop on Melbourne Cup Day, as well as Grand Final Day. But a postmodern, post-Christian, culture, no longer has an overarching story to tie itself to. Easter for us is a holiday, a chance to have five days off in a row, a rare luxury in our busy year. People ask me if I’m going away over this time, and I’m glad to say I am not. For me it’s not about that. I want to stay and ponder, stay and remember a bigger story, a story which is the foundation of all our stories. I need this story, and I am convinced our society needs it too. After all, for all the destruction that the church has caused over the centuries, it has more-so been a force for the most incredible good in our Western culture. The life, death and resurrection of Jesus is the foundation of that.

So today, like the disciples, I sit and ponder. But unlike those confused and absolutely bewildered, disillusioned men and women, I know the outcome. As Tony Campolo says, I know that even though it’s Friday, Sunday’s a-comin’. But they didn’t know. They were completely and utterly defeated. Just a week earlier Jesus had ridden into Jerusalem on a donkey, the symbolic action of the Messiah coming in to overthrow the oppression of Rome. Hailed by all and sundry, this was their moment of glory. But a week later, Jesus tells them again that his kingdom is not what they think. No wonder, when their king gets down and starts washing his disciples’ feet, does Peter protest vehemently. Foot-washing was something that only slaves did, not Messiahs. Such an act was completely beneath the dignity of a king, and Peter had to remind Jesus of the fact. But the kingdom of love is one of humble service, of laying down your life for the other. Jesus was providing an example for his followers. Once again, he was practising what he had preached over the previous three years, that whoever humbles themselves will be exalted, that life is found not in our own glory but in the lifting up of others.

Such action is what changes the world, and such action is the way that God meant it to be. For God is a God of life and love, of sacrifice and humility, and we have the privilege of following in this most counter-cultural of ways.

I wish the world would stop today, and not just today, but over the next few days. I wish people, especially Christians, would stop asking me what I am doing over Easter. As if it shouldn’t be obvious. I wish Christians would stay and ponder as well, rather than seeing this as a great chance for a holiday, no different to the rest of the world. But then, as always, I have to look at myself. By staying and pondering, am I claiming the moral high-ground, something which I have no right to do, ever? Am I ignoring the very words and actions of Jesus today, the one who laid down his life and put love of God and neighbour above himself? This is what the death that stops the world challenges me with. God change me, and help me to know anew the magnitude of your sacrifice.