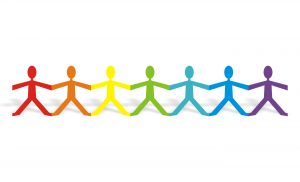 Amidst the outcry over the initial decision then reversal by Pastor Terry Jones to burn the Koran, come some mature and gracious responses by Christian leaders who have actually taken the time to talk to him. The first response is by Geoff Tunnicliffe, CEO and secretary general of the World Evangelical Alliance, and the second comes from activist Shane Claiborne. I’m not sure I agree with Claiborne that Jones called off the burning out of repentance but the fact is that he called it off and that is of course a good thing (and as one commenter to Claiborne’s piece pointed out, his article is more about us than Jones).

The subsequent burning of Bibles by some Muslim groups in response to Jones’ threat is only to be expected when someone says they are going to perform such a provocative act as Jones did, especially knowing the tension that already exists between Christians and Muslims in some parts of the world. Martin Luther King rightly said that hate begets hate and violence begets violence. The gracious response of Tunnicliffe and Claiborne, and the subsequent grace of some Muslims in response, needs to be highlighted. Sadly though, such grace is not newsworthy, and so most of the world will only ever see the hatred that is fanned by such irresponsible acts as that initially proposed by Terry Jones.

Outbursts of grace such as that shown by Tunnicliffe and Claiborne need to be reported far and wide. In all of this sorry saga, we would all do well to remember what Bono used to say sometimes during U2 concerts, “Jesus, Jew, Mohammed; it’s true – all sons of Abraham”.