Responding to the reality of a Trump Presidency 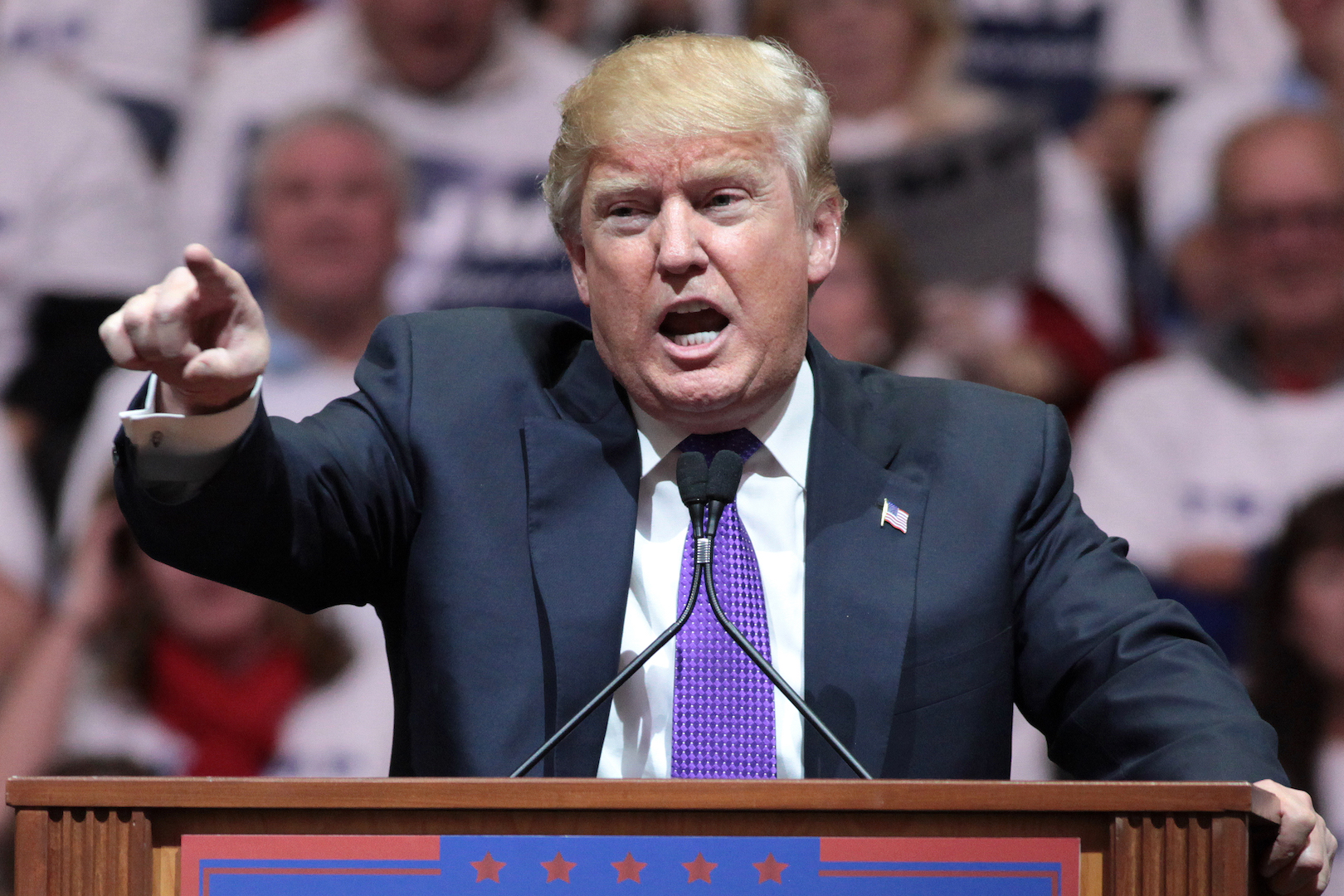 Much has been written amidst the turmoil of Donald Trump’s stunning victory in the US election.

Disbelief was probably the main reaction, from people who voted against him as well as those who voted for him. As the world comes to terms with how the Trump Presidency might impact the world, much has also been written about the best way to respond. I have to confess to probably going a bit over the top with my emotional responses. When someone as divisive as Trump comes along, emotions can be overwhelming.

No, the Gospel I am talking about is the Gospel of Jesus as we see in the Scriptures. It is the good news that another world is possible and another world is already here. It is the good news of inclusiveness for all, that there are no walls in this new world that Jesus came to bring. All are equal, male and female, black and white, (dare I say it) Muslim and Christian, Mexican and Trump supporter.

This is the good news that all are welcome if only they will come. Because God is President, not Donald Trump, a world order is being created where enemies are loved and where the broken are embraced and not ridiculed or shamed.

In a world which has already become more hostile as a result of Trump’s victory, this is our opportunity to shine, to live an alternative world, to be a light on a hill, to be a beacon for those who are not welcome elsewhere. This is our time to be a community of hope, of love and of faith. The politics of fear and division and hatred will never overcome faith, hope and love. Nothing can separate you from this love. Love does indeed save the world.

So, what does it look like to respond in grace and love to those we disagree with? Yes, what does it mean to respond like Jesus would, whether you despise or rejoice at the Trump Presidency? Here are my thoughts:

As time goes on and we come to accept the reality of what has happened, we need to listen to the viewpoints of those with whom we disagree.

To take Trump supporters as an example, they have been vilified and lumped into a “basket of deplorables”, to use a quote from the campaign. There are many, many people however who voted for Trump because they genuinely believe he was the best choice for their country and for the world. That’s why they were willing to stick with him despite his racism, sexism and invectives of fear. These people are not stupid. Many of them can definitely be classified as racist, sexist and/or filled with hatred, and that needs to be confronted with courage and strength, but those classifications do not apply to all Trump supporters.

Trump tapped into something very deep in the soul of America. Millions of people have been angry for a very long time because they have felt that their voices have not been heard. History shows that when a group of people are ignored over time, they will eventually rise up and revolt. It is rather ironic that Trump supporters have long felt the same as African Americans did (and still do) during the civil rights movement of the 1950s and ‘60s. Back then, Martin Luther King, told by many white people to be patient, wrote about the fact that his people could no longer wait after suffering for so long. A movement rose up and it has happened again.

When we disagree, we don’t make it personal

We confront the issue, not the person. When we disagree with someone, we must show that we are not attacking them as a person. We can disagree strongly while maintaining the relationship with that person. Don’t ever shame anyone for their position. That will just turn them away even more and is not treating them as people of dignity made in the image of their Creator.

Unfortunately in the era of social media where anyone can voice their own opinion, personal abuse has become rife and healthy debate has been dumbed down. Responding in grace means listening while not attacking the person.

We remain true to our convictions

Responding with grace does not mean we roll over and have to compromise what we believe. Self-respect and respect from others is gained when we stand up for what we believe. As the old saying goes, “stand for something or fall for anything”.

Respect the other person’s viewpoint

There is a caveat to this though. Many people’s viewpoints are not thought out very thoroughly. What was revealed in the US election campaign was that much of the support for Trump was based on pure emotion and blind faith. When presented with the facts, the viewpoints of many were just further entrenched. You don’t need to respect a point of view that has not been thought out. Everyone is entitled to their opinion, but if they want their opinion to be respected, it has to be credible. That also means that if you are going to put forward a claim or point of view, you need to be able to back it up with facts.

As well as that, be prepared to suffer. You can present your case in the most Christlike way with undisputable facts and many people will still attack you as being unreasonable and ungodly. We are human. We will disagree, often vehemently. Bear it and get support if you need to. You can’t do this alone. Responding in love is about being part of a movement; it is not an individual stand.

Many people we disagree with are people with genuinely held beliefs

It is important to acknowledge this. They actually have thought through their motivations and have come to a conclusion that we thought was unconscionable. Suck it up. I know I need to.

Be open to having your views challenged

This relates to the previous point. And as well as being open to having your own views challenged, realise that you might need to change your point of view when presented with other facts.

No issue is black and white

There will always be shreds of truth in any argument. Every situation is unique. Remember this is ultimately about real people, and real people are not “issues”. They are human beings with feelings, hopes and dreams.

Remember, another world is possible and another world is here. ?The new world that Jesus inaugurated is both now and not yet. Protest is not enough. The world needs to hear a better story. And a better story includes people from all sides of the debate. Violence has been committed by both sides in the wake of the election. A true Christian response is not to constantly highlight one side’s violence and ignore the other’s. It is to make a strong statement that violence of any kind is unacceptable, no matter who perpetrates it.

We need to be the change we want to see in the world. People do not change until they see that their present way of living, based on their present worldview, is no longer working. It is then that we need to know there is a better way. Embody that way.

Embody the way of love, of forgiveness, of speaking truth to power. Let your light shine so that others will praise your Father in heaven. Live a life of attraction so that people won’t have anything to pin on you.

Embodying an alternative world is also being on the side of the marginalised. God actually does play favourites. The Bible clearly shows God’s definite bias for the poor and oppressed. This is not because God loves them any more than the rich and powerful. To the contrary, it is because God made them equal and they deserve to be treated as such.

Now is the time for people of faith, hope and love to come together and show that love does indeed cast out fear, that there is indeed a better way. Now is the time to get together with others who want to live this way. It was Margaret Mead who said, “Never forget that a small group of people can change the world; indeed it is the only thing that ever has”.

We have nothing to fear in the post-Trump world, whether you support him or not. Remember Matthew 28:20 – “I am with you always, to the very end of the age”.