Reflections on 9/11 – Happiness and Hope 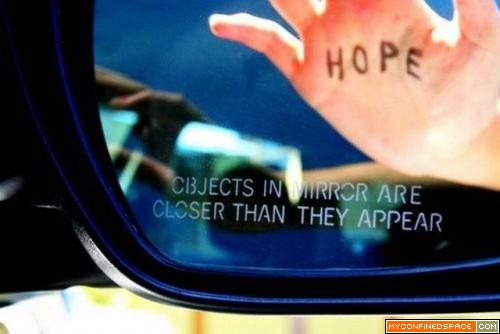 This is the second of my reflections on 9/11. The first one is available here.

Study after study has shown that money does not make us happy, and, in Australian society, once you own more than about $100,000 any amount over that won’t increase your happiness. Yet despite this we are still offered, and we still enter, lotto draws that offer such incredible amounts of money, believing that ‘life could be a dream.’ And studies show that lotto draws are becoming more popular among Australians. If this is not addiction then I don’t know what is.

The first of the Twelve Steps of Alcoholics Anonymous says ‘we realised were powerless over alcohol and that our lives had become unmanageable.’ For the addict, the definition of insanity is doing the same thing over and over and expecting a different result. The thing we are doing over and over is trying to get rich, and the different result we are expecting – which goes against all the evidence – is that it will be different for us. If our culture was in a 12 Step program, we wouldn’t be at Step 1, which is the acknowledgment that we have a problem. We are a culture in denial. As well as the fact that study after study shows that money doesn’t make us happy, we now know that since the end of the Second World War, the rate of depression in Western countries has risen tenfold. Materially we are the richest people in the history of humanity, and we have ten times the rate of depression to show for it.

But as I mentioned above, don’t misunderstand this. This is about finding life, not making us all feel guilty and miserable. Jesus came to give us life and life in all its fullness. It’s about a better way, a way that is life-giving, but not the way we are told is life-giving. The way that really is life-giving often feels like the way to unhappiness and death.

The way of Jesus is the way of love, the way of compassion. But it is a way that hurts. The word ‘compassion’ literally means ‘to suffer with.’ The original New Testament was written in Greek, and when it says that Jesus was moved with compassion for people, it translates as saying that he was literally moved in his intestines. His gut ached, such was his compassion. Jeff Goins writes about this in his new book, Wrecked. It’s well worth a read. It’s no exaggeration that if you take what he says seriously, it will probably change your life.

Contrary to what we take in up to 3,000 times a day, life is not about being happy. Martin Luther King said that. He said the end of life is not to be happy but to do the will of God. He would know. He lived a life of suffering, toiling away for years to get justice for his people who had suffered just because they happened to have different colour skin to those in power. And it didn’t end up happily ever after for him. Like alot of people who give their lives for the cause of what is right, he was cut down before his time. Oscar Romero, Gandhi, and of course Jesus himself all suffered the same fate.

So what is the point of giving your life to the way of love and justice then, if it’s all about suffering and often getting killed in the prime of your life? What is it all for if you just end up dead? A culture that has lost a concept of anything more out of life is a culture that has lost hope. Hope is something that resonates with everyone. Everyone wants hope. If we’re just here as a result of blind chance, an accident of atoms and molecules coming together to form life, then we can fight all we want for the good of others, but in the end it doesn’t mean anything. Everyone still dies. As Jesus said, the rain falls on the just and the unjust.

So what lasting legacy is there? This is where the Christian message touches something deep within us, something that tells us that there really is hope, that a life well-lived really is worthwhile in the end, that there really will be a day when everything will be put right. And it’s not a hope in the sense of ‘gee I hope it happens.’ I believe it is a hope based on historical fact. If I didn’t believe that it would ultimately be empty and unfulfilling. But something happened in the life of Jesus 2000 years ago that changed everything. I believe that Jesus was a historical figure who died and was physically raised from death, and that that changes everything.