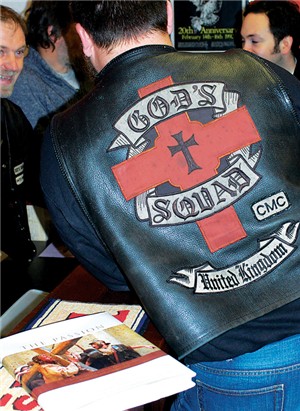 There is something uniquely special about grown men being vulnerable with each other in a group. I am fortunate to be in a group where this is not an uncommon occurrence. When you see a man who, if you only saw his physical appearance would probably intimidate you, start to be so honest about his brokenness and about how much he appreciates being in a place where it’s ok to be broken, it touches something deep within you. It’s one of those almost indescribable moments when you are reminded of what really matters, of what is really important in life. It touches something deeper, something that the superficialities of our life never can. It is a moment when you realise that love is in the house, and it isn’t the warm fuzzy feeling that is probably best described as being ‘nice.’ The word that probably best describes what I am talking about is ‘real.’ It is men being real men.

I can imagine that this is what it would have been like being around Jesus. He always touched something deeper. He opened himself up to people, and people in turn opened themselves up to him. Jesus can never be accused of being a nice young man who made you feel warm and fuzzy inside. People like that didn’t get themselves crucified by the Romans. No, Jesus was a real man. The people who followed him had their deepest needs satisfied; they found rivers of living water welling up within them. Hardened, sea-worn fishermen, along with unscrupulous businessmen, were transformed into the most caring and courageous of men. At his crucifixion it was a tough, trained-to-kill Roman soldier who was moved to confess that, in effect, this man was the way men are supposed to be. Jesus’ manhood is also shown in so many other ways. His respect for women, his courage in taking on the sin and pain of others, and his being unafraid to express his emotions in the appropriate way.

I wonder if there is a sense that men have it easier in relating to Jesus than women do. For men, Jesus is the ultimate man to emulate. When we talk about being Christlike, we can look to Jesus and follow his example. He is our role model as men.

When we allow the Spirit of God to touch us deeply, when we pull away the masks that our culture says we should put up, and just be, warts and all, in front of our friends, it is then that we grow into the likeness of Christ and become godly men. There a only a few men I have met in my life who I could truly call godly. They are men who draw me to Christ, to be more like Him. They are men who have something that I want. They show me that real men are good men; that real men are vulnerable; and that real men cry when they need to. God make me into a man like that.
Facebook Comments