“Days turn to minutes, and minutes to memories. Life sweeps away the dreams that we have planned” – John Mellencamp, Minutes to Memories 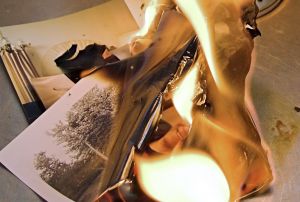 There is a scene in the movie Up in the Air where George Clooney’s character is trying to convince his brother-in-law-to-be to not jilt his bride on their wedding day. The groom has cold feet and isn’t sure he wants to go through with such a huge commitment. And Clooney, who is starting to realize the loneliness of his own 24/7 casual jetsetting lifestyle, asks the groom to remember all of the happiest times of his life. As the groom starts to think, he realizes that they were all spent with other people; the happiest times of his life were when he was not by himself.

I was being shown some photos of the family of a friend the other day. This person has 8 siblings and the family gets together often to celebrate birthdays and other special occasions. As I was driving home that day I felt a sadness come over me. I am one of 3 brothers who all live in different cities. Soon we will all be living in different countries. I don’t have a large family to see here. I was then reminded of some family friends whose extended family now spans four generations. The first and second generations of this family have spent every summer holiday for the last forty years at the same place. Some would say “how boring!” but I think it’s wonderful. This family can associate that place with the best moments of their lives. I have sometimes joined them on their holidays and I have always felt just as much a part of their family as the blood relations themselves.

We have been sold a lemon in our busy 24/7 lives. We have been taught to believe that our happiness actually lies in having more stuff and not having people bother us all the time. Many of us would rather live on our own than go through the hassle of sharing a house with someone else. And many of us would rather the all-fun-and-no-responsibility of casual sex than the hard work and struggle of a committed relationship.

We live a lonely existence in the western world. I heard someone say recently that we know more of what is happening on the other side of the world than we do about our next-door neighbours. We build our fences higher and spend more time online than we do getting to know people face-to-face. I remember growing up in suburban Melbourne and knowing every person or family in our street. I still have memories of our next-door neighbour passing some of our kitchen chairs that he had just fixed back over the fence to us. I wonder how many of our children today will have those memories when they look back in 30 years’ time.

I was talking to a colleague on the bus during the week about this. This lady is African and has been living in Australia for about a year now. As we were discussing what life is like for her compared to back home, she remarked that one of the things she has noticed is the number of people who either live alone or who spend time alone. She said that in her country it was a duty to introduce yourself to your neighbours when you moved into a new area. It is just part of what you do. And sure enough, people quickly get to know each other and there is a lot less fear in their neighbourhoods than there is in much of suburban Australia. We are poorer for the fact that we generally don’t do that as well in this country.

Our deepest and most cherished memories are indeed of those times spent in relationship. It is often difficult but it far outweighs the pain of the lonely crowd, of not feeling connected to the people closest to us. Dave Andrews has said that community is somewhere where there is always someone you don’t want to be around, and some friends of mine once said that anything worth doing is never going to be easy. Our lives in this world are short and we never know when our time is up. The writer of Ecclesiastes was right – our lives are vanished in an instant; we come from the dust and to the dust we will return (Ecc 3:20). And it can all seem like a chasing after the wind. Life does indeed sweep away the dreams we have planned.

The hard work of bringing in community, of getting to know our neighbours, can be so simple. A friend of mine said during the week that just having a kick of the footy in the street can bring other children out. Then all of a sudden conversations start, people get to know each other and walls of fear and mistrust break down. Jesus did this when he broke all the social conventions of 1st century culture by associating with tax collectors and ‘sinners’. Jesus knew how to have a good time, and he told his disciples of the joy he had within him. His life was about relationship and the early church followed in his footsteps. They endured the daily struggle of living in community, they shared all they had; they passed their kitchen chairs over the fence to each other, if they even had fences. And their lives were so attractive that they added to their number daily those who were being saved from their own loneliness and self-absorption to life in the community of Jesus.

Does all this stir up a longing within you, a longing for things that once were? Do you have similar childhood memories to the ones I have related and wish they could be the reality once again? One day when the new heavens and the new earth come together and all things are made new, we will enjoy that community again. But this time it will be complete and we will create new memories, memories which will live forever. And the wonderful news of the Gospel is that Jesus calls us to that new life now. He calls us to deny ourselves, to do the hard work of relationship and to put our lonely, selfish ways behind us. He came that we would have life in all its fullness. And that life is only found in community. It is found in community with those who are also living for justice and peace, those who struggle with each other in the now but who also live in the hope of the not-yet, that time when all barriers will be broken down and all things reconciled in the glorious world to come.

There is much more to say about these profound lyrics by John Mellencamp. Memories can be cherished and they can be painful. Far too many people have memories that are just too traumatic to raise again. All of us have dreams that have been shattered, expectations that did not eventuate, and hopes that were never realized. One of the best pieces of advice I have heard, from two different people, is that life is mainly about how we deal with loss, ultimately to the loss of our life.

Psychologist Larry Crabb says we can use disappointment to drive us to hope. What Crabb is referring to is the ultimate hope of the renewal of all things. When days turn to minutes, and minutes to memories, and life sweeps away the dreams that we have planned, remember that we are destined for more. This life is not all there is. Remember too that everything we do in this life matters. What Martin Luther King called the beloved community starts now. The greatest things in our lives are those done in relationship. When we live this out we will be able to look back and have memories that move us to gratitude – gratitude to God for giving us the courage to follow the One who calls us to remember, to remember what He has done in sacrificing His all and giving us the privilege of working with Him to bring in the kingdom where our dreams of love and justice, and forgiveness and grace will finally be realized.