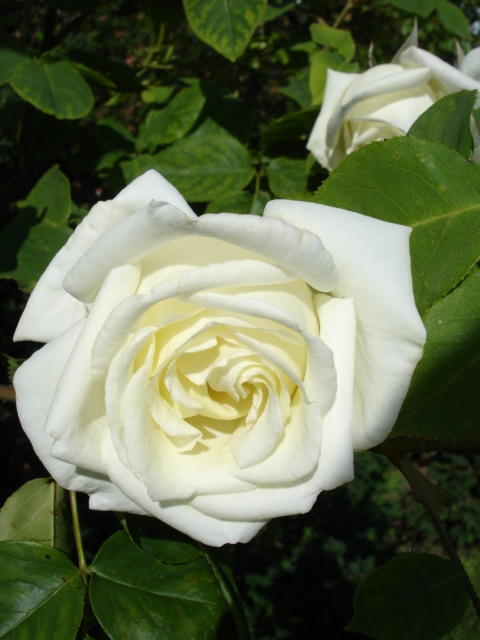 A former colleague and friend of mine died last week. She was too young, and left behind a husband and two kids.

People who were closer to her than I was have been comforting each other this week in their grief. It has been terribly sad to witness.

The times in my life when I have known people who have died have been times of bonding with other loved ones of the deceased. It is not shared experiences necessarily or shared happiness that bonds people. It is shared suffering. When you grieve together over the suffering of a loved one, love comes to the fore.

It’s ultimately what life is about, really. Life is primarily about the experience of loss, ultimately to the loss of our life.

Martin Luther King said once that suffering is redemptive. What he meant by that is that it is not meaningless. In a friendly universe, where the moral arc bends towards love, suffering can always be turned into good.

Jesus was known as a man of sorrows, one who was familiar with grief. He cried at the death of his friend Lazarus, he agonised over his coming suffering and death in the Garden of Gethsemane. and he cried out in desperation as he hung limp on a Roman cross. Jesus’ suffering was real, but it was not meaningless.

It is the people in my life who have known intense suffering who are the ones who are the most mature, the most compassionate, and the most selfless. They know what really matters, and it isn’t how the stock market ended today. They know that, while lighter activities definitely have their rightful place, what ultimately matters is relationships and love.

Last year I was asked to give a testimony of how I believed God had been working in my life over the previous year. Having gone through a job loss and a divorce, many would say that clearly, God was missing in action. Not so. As has been typical in my life, it is without fail the most difficult times in my life when I have grown in my faith and come closer to the heart of God. Of course it has been terribly difficult, but it has ultimately been life-affirming.

One of the points I made in that talk was that if you haven’t experienced intense suffering in your life, you will. It is said that two certainties in life are death and taxes. Suffering would be a third. It is a rare person indeed who goes through their years not having known at least some intense suffering. In fact, where would the world be today if it wasn’t for the maturity, the loving leadership, the courageous heroics, of those who have learned from their suffering?

People of the moral ilk of Mother Teresa, Martin Luther King, Gandhi, Oscar Romero, and of course Jesus, were all people who knew what it was to experience deep, intense loss. It is no coincidence that these are the lives we laud, that these are the type of people we wish there were more of in this world.

The great truth of suffering though is that it is not the end of things. Suffering is not just redemptive in this life. I believe it is redemptive for life eternal. Love will win in the end; indeed it already has; and it will bear the scars of battle. Suffering will have made the victory of love what it is. A meaningful victory, not one that is cheap. That is why Jesus still bore the scars of his crucifixion after he was raised from death.

Death has a way of bringing us back to reality. It can show us that the games we play for approval and acceptance are futile. It shows us that life does not consist in the abundance of possessions, that it won’t profit us to gain the world but lose our very sense of who we are.

Death can show us that what matters more than anything else in the universe is love. And it can also remind us of the great hope that it doesn’t have the last word, that life wins, love wins, grace wins.

Some years ago I wrote another article about death. I finished that article with the same paragraph with which I finish this one:

“While reality seems to scream at us that death is the end of everything, faith says something else. Death is not the end. Life is what has no end. Suffering and death will pass, for they are not normal.

Though we may walk through the valley of the shadow of death, we have nothing to fear, for God is with us. He walks before us into the sunlight of a new day, guiding us, leading us.

Though we may carry our cross today, one day soon there will be resurrection. Then we will see the new heavens and the new earth coming together, and we will rejoice, and we will finally know that this is how it was meant to be.”

Today I grieve for my former colleague and friend, and for those who knew her better than I did, for their grief has been much deeper than mine. And I remain convinced of the hope that one day we will grieve no more, for love has already won.