Why I’ve had enough of being spiritual 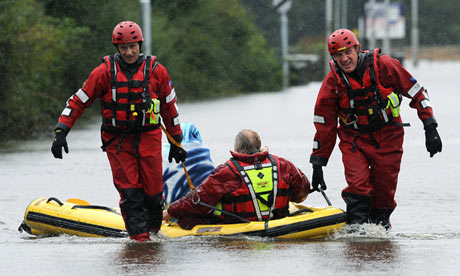 First glance at a heading like this might cause some confusion. “But isn’t God spirit? Jesus himself says so, so what’s the problem with any attempt at being spiritual?”

Jesus did indeed say that God is spirit, in his incredible conversation with the woman at the well in John 4. And because Jesus said it, we can regard it as true. But do we find it kind of ironic as well that it is Jesus – God with skin on – who says that God is spirit?

If we want to know what God is like, as Richard Rohr says, we can just look at Jesus. If Jesus is our image of God, then Jesus is what God looks like. And Jesus was a fully embodied human being, just like the rest of us.

Most of our spiritualising of our Christian faith actually harks back to Greek thinking rather than what the biblical story is actually bringing across. And what Jesus meant when he said that God is spirit was not what we think it means. He was speaking into a specific situation and context with the woman at the well.

Most of you will have probably heard the story of the man who drowned in a flood and went to heaven. The story goes like this:

It rained for days and days and there was a terrific flood. The water rose so high that one man was forced to climb on top of his roof and sat in the rain. As the waters came up higher a man in a rowboat came up to the house and told him to get in. “No thank you, the Lord will save me!” he said, and the man in the rowboat rowed away.

The waters rose to the edge of the roof and still the man sat on the roof until another rowboat came by and another man told him to get in. “No thank you, the Lord will save me!” he said again, and the man rowed away.

The waters covered the house and the man was forced to sit on his chimney as the rain poured down and a helicopter came by and another man urged him to get in or he’ll drown. “No thank you,” the man said again, “The Lord will save me!”

After much begging and pleading the man in the helicopter gave up and flew away. The waters rose above the chimney and the man drowned and went to heaven where he met God.

“Lord, I don’t understand,” he told Him, frustrated, “The waters rose higher and higher and I waited hours for you to save me but you didn’t! Why?”

The Lord just shook his head and said, “What are you talking about? I sent two boats and a helicopter?!”

What this story illustrates is how many Christians view God and God’s actions. We expect some sort of divine lightning bolt to come out of the sky to fix us. This is more the idea of an individualistic culture than a biblical idea.

When we have a faith that focuses primarily on our personal faith in Jesus, just the vertical “me and God”, we expect that God will work only, or primarily, through the work of the Holy Spirit within us. Now please don’t get me wrong. God certainly does work like that. But mostly, God’s work in our lives is seen in the ordinary, everyday care of friends or neighbours.

The advantage of living in a secular culture like ours is that we can expect to see God at work in the practical ways that we see offered to the man in the story above. When bush fires ravage our great land and people lose houses, the way the community comes together is a reflection of the care of God in people. When people lose everything in a flood or earthquake in a poor country, it is the work of rescuers and the incredible stories of survival which is where God is seen.

The belief that God will only work in some way that we see as “spiritual” is ingrained into many of us. The man in the story above wouldn’t have seen God at work in the offers of rescue he received because they wouldn’t have counted as being God at work; they were too “earthy.”

I often think this myself. Just recently I was praying for something, and within a week or so, four friends each contacted me out of the blue about the thing I had prayed for. Some of these friends didn’t even know each other, so it wasn’t like they would have conspired with each other to call me at different times.

But when I considered their contact, my first thoughts were that their contact didn’t really count because my answer to prayer didn’t come “directly from God.” I was expecting some sort of “conviction of the Holy Spirit” in my inner being or something like that.

It was only afterwards that the vague thought occurred to me that having four friends contact me independently about the same thing was probably not a coincidence. And it was then that I thought of the man in the flood story and realised that he was me.

One of the things I love about Christian faith is that it is earthy. It deals with the everyday messiness of life, and the fact that God works through the common care of the people in our lives. Now that is spiritual!