Faith is a verb – a theology of love 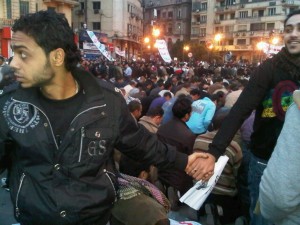 There is a line in the famous movie Ben Hur in which one of his relatives goes to hear Jesus speak. She comes back enthralled. The way she describes Jesus is by saying that he is like no one she has ever met before – he speaks words of life.

And so he did speak words of life. And the Gospel writers add that he spoke as one who had authority. The Message version interprets this as meaning he lived out what he spoke. Your life will have impact most powerfully when you live what you speak. And Jesus is the perfect example of this. Over 2000 years he has captivated people of all races and colours. There is something about this man that is like no other. He speaks words of life and he lived those same words. He loved his enemies, he walked the extra mile, he denied himself, took up his cross and lived a life of obedience to the Father.

Our lives speak, whether we like it or not, and whether we think so or not. We are either speaking life or we are speaking death. Everyone has a worldview. This is what the debate about religious education in Australian schools earlier this year was about. Some have been insisting on Christianity being taught because it provides an overarching view of existence. What the proponents of a secular view seem to miss is that they are equally supporting a worldview, one which is not based on a spiritual view of the world. They want values-based education, as if that is somehow less biased than a religious-based view. Everything in our lives speaks something, whether we realise it or not.

If we want to have impact in our lives we need to live out love. As has been pointed out by many wise people over the years, talk is cheap. This is much of the problem with our theology. In the end you can have all the theology in the world but if you have not love you are nothing. If you’re like me and you love theology, you need to be very careful that your theology doesn’t become your master. Because ultimately the best theology is born out of a life of love. Love is the bottom line, not theology. We don’t get our theology right first and then live out of that. Jesus says “follow me” and that is where we learn our theology.

Love is about sacrifice. We come closer to God by living it out a life of sacrifice, of denying ourselves, taking up our crosses and following Jesus. In terms of theology, ours is a ‘doing’ theology. It is more about orthopraxy than orthodoxy. This is how the theologies of liberation in Latin America started. They were born out of deep suffering. As Jayakumar Christian, National Director of World Vision India, points out in his book, God of the Empty-Handed, “this theology (liberation or Dalit theology) is a call for theologians themselves to be converted, abandoning their ways and entering into the life of their neighbours, particularly the poor.” Good theology is useless unless it is applied.

It may surprise some readers that it is in John’s gospel that the call to a ‘doing’ theology is emphasized most. In evangelical circles this gospel is usually the one given to new Christians to give them a grasp of what it is to have eternal life and to believe in Jesus. But while proper belief is (rightly) emphasised by most evangelicals, I wonder how many new believers are taught the fact that, all throughout John’s gospel, faith is a verb. In John, the phrase ‘to believe’ is mentioned nearly a hundred times, and not once is it mentioned as a noun. It is a ‘doing’ word. So when John finishes off his wonderful gospel by telling its readers that it has been written that they may believe that Jesus is the Son of God and that by believing they may have life in his name, what he is really saying is that believing in Jesus cannot mean anything else but living out your faith. For John, believing in Jesus has nothing to do with mere intellectual assent. If we believe that faith in Jesus means nothing more than accepting him as your personal Lord and Saviour, we are not believing the Gospel of Jesus Christ.

Whilst John’s gospel is one of the more popular books of the New Testament for us evangelicals, the letter of James is possibly the least, mainly for its apparent over-emphasis on works. But the overarching message of James is, just like John, that faith is a verb. Both James and John affirm that faith without works is dead. James affirms John’s message that believing is more than intellectual assent by pointing out that the demons ‘believe’ too, and shudder. And John likewise affirms James’ message by emphasizing that the way to have life in Jesus’ name is by living it out, not by just saying you believe he is the Son of God. Both John and James believe in a ‘doing’ theology – a theology of love.

Belief and action can never be separated in the life of the real Christian, just as they were never separated in the life of Jesus. This was shown most beautifully earlier this year in the uprising in Egypt when we saw the inspiring images of Christians protecting Muslims while the latter were engaging in their daily prayers. Such an action would have no doubt been criticized by some Christians as heretical as it would be seen to be condoning idolatrous action. But, to the contrary, this was love in action. It was loving your neighbour and laying down your life for your friend. I have no doubt whatsoever that Jesus would have been right there with those Christians who linked arms protecting their Muslim brethren in those frightening days in Cairo.

A similar story to the beautiful one we saw in Egypt is told in the movie The Imam and the Pastor. This true tale tells of a Muslim Imam and a Christian pastor in Nigeria who were once bitter enemies, literally trying to kill each other, and encouraging their people to do the same. But after some time they saw the futility of their actions and instead wondered how they could resolve their differences and stop the killing. They eventually started to work together for peace in their battered country. They don’t agree with each other’s beliefs but they have matured enough to see past that and work for reconciliation between their people. When I first saw this movie, my blinkers went up and I struggled with the apparent ‘compromise’ the pastor was falling into by agreeing to work with a Muslim. Shouldn’t he be sticking to his beliefs and showing Jesus to this Muslim Imam? Then it dawned on me. He was in fact doing exactly that. He was putting his faith into action, just like John’s gospel says. He was loving his neighbour and living out his love for Jesus.

Our ultimate aim in life is to become more loving. Jesus said the greatest commandment is to love God and love our neighbour. As N.T. Wright says in Surprised by Hope, “Love is not our duty, it is our destiny”. This is the end of life. And it is only through living a life of following the greatest love the world has ever seen that we get our theology sorted out. It matters what we believe, and right believing only comes from following the One in whom we find the grace to love, the One whom we love because he first loved us. This is what love is, that he laid down his life for us. Love is action, faith is a verb, and only from this comes our best theology.