The Big Short is long on the human predicament 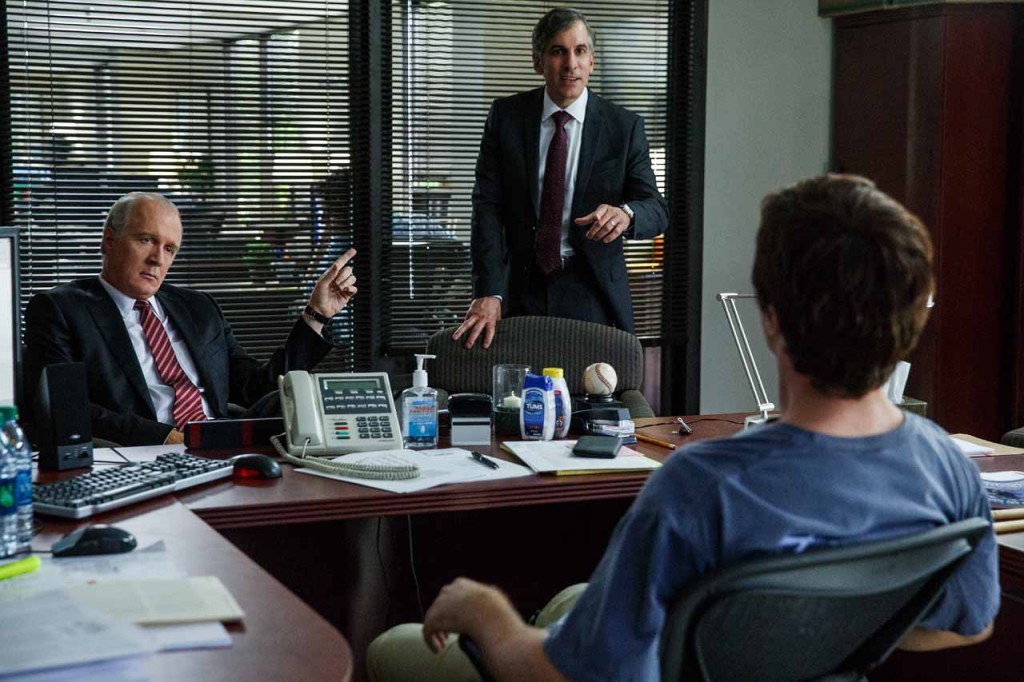 We all remember the Global Financial Crisis, or GFC, as it was called. It was a time when the world stood on the brink of economic catastrophe, to the point that it was being talked about as leading to another Great Depression such as the world suffered in the 1930s.

The Big Short is the story of why the GFC happened, and how a few people saw it coming but no one listened to them.

The movie is based on the 2010 book of the same name by Michael Lewis. It stars Christian Bale, Steve Carell, Ryan Gosling, and Brad Pitt.

What this movie highlights is the problem of human greed at its worst, and the evil which is unleashed when people simply don’t care about anyone else but themselves.

The housing bubble of 2007/08, which led to the GFC, highlighted the problems of an economic system that is unregulated and doesn’t take into account human nature. The problem with unfettered market capitalism is that some people have to remain poor for others to get rich. It is an amoral system, which, when left to its own devices, produces unprecedented greed the likes of which took the world to the edge of the economic cliff just those few years ago.

The GFC was in part caused by the easy availability of credit, which saw millions of people duped into buying houses they couldn’t afford. When people see easy availability of wealth, we can also become easily duped. The words of Jesus in Luke 12:15 were more relevant than ever in 2007/08. We are all susceptible to it, which means we cannot judge those who got sucked in, even the ones at the top of the financial tree who walked away with millions and have to this day never been prosecuted. The question we must always ask ourselves is “how would I have responded in the same circumstances?”

Living life to its fullest always requires self-examination. Indeed, it was Socrates who said that the unexamined life is not worth living. When we are seduced by the offer of untold riches, and live in a culture where this is encouraged, it is extraordinarily difficult to stand against it and see it for what it is. We are the metaphorical frog, completely oblivious to the fact that we are being boiled alive as the water slowly gets hotter.

The Big Short begins in 2005 when hedge fund manager Michael Burry (Christian Bale) discovers that the US housing market is extremely unstable. He predicts the collapse of the market, but not only that, he also realises he can profit from this situation by betting against the market.

Trader Jared Vennett (Ryan Gosling), hedge fund manager Mark Baum (Steve Carell), and investors Charlie Geller (John Magaro) and Jamie Shipley (Finn Wittrock) also get involved, realising they too can make their millions. The latter two enlist the help of retired banker Ben Rickert (Brad Pitt), who finally calls them out on their greed, reminding them in no uncertain terms that they will be profiting off millions of people who will lose jobs and livelihoods.

In the end, the US Government bailed out the banks out, as the Australian Government did here. But it hasn’t taken long for CEOs to gain enormous salaries again at the expense of millions of hard-working people just trying to live a decent life. If nothing changes, the same crash will happen again. Indeed the movie concludes with indicators that the same factors that caused the crash of 2007/08 were falling into place again at the end of 2015.

What this movie highlights is that the economy will not save us, and neither will politics. We may believe that a particular economic system is fairer than another one, but, while that may be true, what humanity really needs is a new heart. This is only possible through the intervention of the Spirit of God within us. Salvation lies in the surrender of our stubborn, self-sufficient wills to the One who loves us all and who has given us the Spirit to empower us to live lives of love for others.

The greatest commandment, Jesus said, is to love God and love others. Only in this will humanity defeat its self-centred greed. The Big Short exposes this truth for all to see, and it shows that, left to our own devices, we cannot save ourselves. A sobering movie if ever there was one.