A day that changed my life 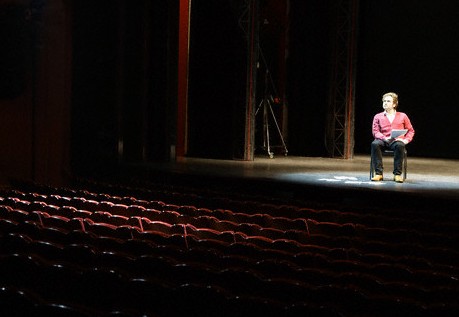 Can you think of a time when someone has been brutally honest and vulnerable about themselves and it’s taken you by surprise? For me it happened about 20 years ago at a church I had just started attending.

As I remember it, the person leading the service that day asked anyone to come forward who wanted to share what they thought God had been doing in their lives recently. One young guy got up – he was probably about my age at the time – and told about his relationship with his girlfriend and how he had recently gotten her pregnant, and how he had walked away from his faith. He then shared about the support he had received from the church community through his struggle.

My first reaction upon hearing this was just sheer admiration at this person for getting up there and being so vulnerable and honest. He didnt’t beat around the bush; he just got up there and said it like it was. He was honest, humble and vulnerable.

Looking back, that was one of the reasons I ended up staying at that church for about a decade. That sort of honesty was the norm at this place. People could just be themselves; there was no subtle, unwritten pressure to be a particular type of Christian. I have since heard it said that God is much more interested in us being honest with him than giving the impression to others that all is well in our little world. More recently I have heard Bono say that God is more interested in who we are than who we should be. I’m glad about that because I’m not very close to where I should be.

Life is about relationship. It is not about being right; it is not about having our doctrine all correct and making sure others know it. As St Paul says in that most famous of Scripture passages, 1 Corinthians 13: love is what matters in the end.

Today my wife and I had a conversation in a cafe after church with a couple of friends who used to be at the above-mentioned church. We now attend the same church as them, and our conversation turned to our previous church. As we spoke, the honesty was there again. Towards the end of our conversation I realised that the thing we are all after in life – connection and relationship – occurs when people are honest with each other. When we talk to each other as if everything is great and we’ve just had a fantastic week, there is something missing. We come away knowing we haven’t connected with that person.

Honesty and vulnerability is an attractive quality. I find myself drawn to people who are honest and vulnerable. I feel safe around them, and I feel respected and esteemed. These people respect and esteem me enough to share something about themselves that goes deeper than the weather or how this morning’s service was ‘good.’

I’m thankful for that guy who got up in front of church 20 years ago and told how he got his girlfriend pregnant. Being vulnerable takes guts, and he showed it in spades that day. He probably has no idea, but his actions made an impact on me that was life-changing. He showed me that that church was a place I could be myself, where I too could be honest about my struggles and be accepted inspite of them. That proved to be the case just a few years later, but that is a story for another time.